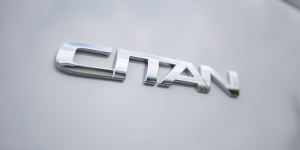 Mercedes-Benz continues its commitment in the small van segment and has therefore decided on the successor to the Citan city delivery van – this time including a fully electric version. The vehicle will again be built in cooperation with Renault-Nissan-Mitsubishi.

In a short announcement, the group confirmed that the Citan van, which is considered controversial due to its low sales figures, will have a successor as an electric vehicle and this time may have more Mercedes and less Renault all over it.

“The new Citan will undergo a comprehensive new development and clearly be recognisable as a Mercedes-Benz at first glance,” says Marcus Breitschwerdt, Head of Mercedes-Benz Vans since May. “We will provide for a distinctive brand-adequate identity in the successor of our small van.”

The first generation of the Citan has been on sale since 2012 and is based primarily on the Renault Kangoo. However, the Mercedes van never took over the Z.E. drive, although it is manufactured together with the Kangoo in Mauberge, France. Within Mercedes, the small panel van was not only controversial because of its shape – but a lot of money also had to be invested in raising the Citan to a level acceptable to Mercedes in many respects. The Renault engineers are said to have been amazed at what is possible with their Kangoo. Only the business case in the price-sensitive segment for small vans probably suffered from such “mercedefication”.


This is expected to change with the second generation. Breitschwerdt intends to develop the small panel van itself in the future. However, the announcement states that the vehicle will “be developed in cooperation with Renault-Nissan-Mitsubishi again”. It is therefore unclear whether Mercedes will develop a platform itself and make it available to the alliance partners or intervene in a joint development process earlier – instead of converting a quasi-finished Renault model. In addition to the Kangoo Z.E., the alliance already has an electric delivery van in the form of the Nissan e-NV200.

It is also clear that the new Citan will keep Daimler’s alliance with Renault-Nissan-Mitsubishi alive. With the Smart, for example, Daimler has turned its back on Renault and will cooperate with Geely in the future. Another joint project, the Mercedes X-Class pickup (based on the Nissan Navara), is likely to be out of business due to poor sales figures. But that was also written about the Citan, and now there is still a new edition.

In addition to the technical data of the electric vehicle variant, it is still unclear how Breitschwerdt intends to make a quasi in-house development profitable. Although the segment of small vans is growing in Europe, this is mainly due to delivery and logistics services. The future must show whether these companies will spend more money on a Mercedes in their fierce price competition.