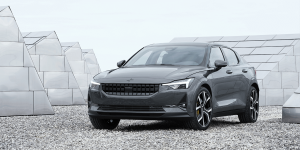 The notoriously underserved electric car market in Australia can look ahead to a better 2020. Volvo and Polestar are planning to bring two electric cars and a PHEV to the continent in 2020. Besides, Mini is readying the all-electric Cooper for entry as well.

First, the Swedish-Sino owned Volvo that has confirmed to bring the all-electric XC40 SUV by the end of 2020, along with a T5 twin-engine PHEV option. Talking to Car Advice, Volvo Australia’s head of PR Greg Bosnich said that both vehicles would arrive in “the later part of 2020”.

While technical details are scarce for the all-electric version of Volvo’s best-selling XC40, the PHEV variant is out in Europe. It includes an 81bhp (60.4 kW) electric motor that manages an all-electric range of approx 46 km (28.6 miles). The PHEV packs a 10.7 kWh battery and petrol powertrain that has been co-developed by Volvo’s parent company, Geely.

To get an idea on pricing, prices for the XC40 in the UK start at £40,905 for entry-level trim. However, expect the amount to be much higher in Australia due to the import tax, even though stamp duty is reduced on green cars.

While Volvo has not made any assumptions on price, the Mini Electric is estimated to come at a cost at about $55,000 plus on-roads, based on the European rate of about 32,000 euros. The Mini Electric is powered by a 135kW electric motor and claims a range of between 235km and 270km on a single charge. Mini aims for market entry Down Under by mid-2020.

Volvo, Polestar and Mini are not the only ones that aim to boost the fledgeling electric car market. Among others, the Swedish start-up Uniti is looking to set-up a local production Down Under next year. Besides, BYD of China recently signed a letter of intent with the Adelaide-based Evant Group to develop and produce electric cars for the Australian market starting next year.