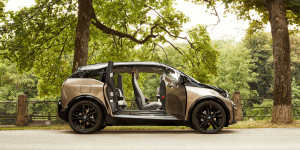 BMW has no plans for a successor to the i3. Pieter Nota, head of BMW sales told the Financial Times that the German luxury carmaker will instead concentrate on merging battery and plug-in technology with its other vehicles, while it drums up some new purely electric vehicles.

“There’s no specific plan for an i3 successor,” said Nota, “We are now bringing electrification more to the mainstream.” While BMW plans to put out PHEV versions of its best-selling models, looming emissions targets have also prompted them to plan 13 battery-only models by 2023.

As the Financial Times also noted, BMW wants to push the electrification of other popular models instead of investing in the i3. The new e-portfolio will focus on the iNext announced for 2021. In addition, the electrification of the model series is to progress: The i4 announced for model year 2021, for example, is essentially a 3-series with battery electric drive and a heavily modified body – but production is possible on the same line as with the combustion engines. In 2023, the i5 based on the 5 series and the iX5 based on the X5 will be launched on the market. In the same year, the i7 based on the seventh generation of the 7 Series (internally called G70) will also be shown. This means that the G70 will offer all three drive types: a pure electric car, a plug-in hybrid and a combustion engine.

The i3 was a landmark vehicle, initially intended to test the market for electric cars. Since then, more than 150,000 units have been sold. BMW will continue selling the car, but it is not clear for how long. “The i3 is actually doing extremely well in its sixth year of production already,” Nota admitted.


The last upgrade of the futuristic-looking vehicle, now six years old, was focused on the i3’s battery systems. In September last year, BMW undertook a battery upgrade for the BMW i3 and the i3s to 120 Ah battery cells from Samsung. The new batteries were a big improvement with close to 30% more capacity, that is 42.2 kWh. The upgrade boosted the range of the i3 up to 310 km, according to WLTP standards and was introduced in November last year.

But not all innovation prompts progress in expected ways. The battery and drive systems of the i3 have found some favour among other vehicle-makers. Soon after the last upgrade, i3 technology found another use. The high voltage batteries and electric motor system developed for the BMW i3 is now being used for the electric city bus Jest by the Turkish bus manufacturer Karsan. Then in January this year, BMW finalised an agreement with Motiv Power Systems to supply i3 battery packs for integration in Motiv’s Electric Powered Intelligent Chassis (EPIC) for commercial vehicles. The contract involved the latest BMW i3 batteries with 120 Ah cells. Motiv Power Systems will make the EPIC chassis equipped with these components available for their entire commercial vehicle range. Similarly innovative is the i3s planned bi-directional charging capabilities. Vehicle-to-Grid technology is increasingly asked for as national governments are having to think about the management of their grid capacities with the increasing burden of transport requirements falling on electricity supply. One can only hope that BMW continues this trajectory with its promised fully-electric range.

With changes afoot, BMW recently also announced that it would discontinue production of its i8 PHEV sports car in April 2020. The company’s new CEO Oliver Zipse, BMW wants to have sold one million electrified cars by 2021 – but BMW is currently strongly focussed on plug-in hybrids – no real surprise in view of the many PHEV additions in recent weeks. “In addition to purely electric cars, plug-in hybrids are an effective way of reducing emissions,” claims Zipse. Perhaps one could say that plug-in hybrids reduce emissions compared to a similar-sized ICE, but many advocates of electric mobility point out that a transport transition requires a reduction in the overall use of energy, and PHEV SUVs are hardly energy-effective vehicles. In addition, carmakers are now lamenting a lack of “education” about electric vehicles, with 42% of Americans thinking that electric cars require gasoline. Not surprising when carmakers are making only partly electric vehicles in massive sizes like they were going out of fashion.