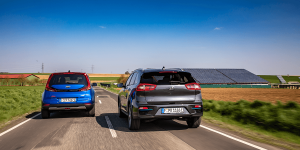 Are car manufacturers deliberately delaying the sale of electric cars until the new CO2 limits come into force next year? The environmental organisation Transport & Environment says yes and provides a new indication for this thesis.

T&E refers to a letter that has been making the rounds on Twitter. It is allegedly from Kia, sent to the entire dealer network in Spain, in which Kia instructs the shops to delay approvals for electric cars and plug-in hybrids until November 1, 2019. According to the letter, the sales restrictions will be lifted punctually on 1 January 2020.

The director of planning and logistics, Javier Casado, not only urged dealers to postpone invoicing EVs and PHEVs as of 1 October and delay the registration of the same type of vehicles as from 1 November. He also added that all these “obligations” are “unavoidable” and must be observed, “without exception”.

This is the letter:

For Transport and Environment, the communication is proof that “carmakers have been delaying the sales of cleaner cars until the new CO2 standards kick in 2020,” also in an attempt to “maximise SUV-fueled profits,” adds the organisation. T&E further considers carmakers having said that demand for electric cars is not there.

At the same time, recent quotes from executives also featured in the electrive news brief took on a new tone in recent months. Managers now propose that they have not been prepared for actual demand. Take Emilio Herrera, COO of Kia Europe, for example, who said the following about the manufacturer’s delivery problems with battery-electric cars:

“We didn’t expect this kind of demand for BEVs, so we didn’t ask LG Chem and SK Innovation for enough batteries.” The delivery time for the e-Niro is currently more than one year; for the e-Soul, it is around six months. Audi too had to revise its e-tron production targets for this year, claiming supply shortages.

But there is a cap: The sum of the supercredits is rated at a maximum of 7.5 grams. So if a manufacturer has an effect of four g CO2/km in 2020 and two g CO2/km in 2021, only 1.5 grams of discount remain for 2022. Not much if you consider that last year twelve per cent of all new Kias in Germany already had a charging plug.

In addition it must be considered that after 2021 the calculation basis will change twice: First, the obsolete NEDC will be converted to WLTP. And, by 2030 manufacturers will not have to prove an absolute but a relative CO2 reduction target of 37.5 per cent in order to avoid fines.

So while the delays may indeed seem in time when it comes to total fleet emissions, they also include real battery shortages and too small production runs, deliberate or not.

transportenvironment.org, twitter.com (the letter, in Spanish)

The first station in the USA ditches gas for electric

2 Kommentare zu “Are carmakers banking on EU Supercredits with delays?”