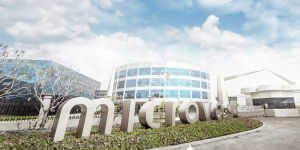 Following Tesla’s announced plans for a production plant in Germany, the US battery system manufacturer Microvast will also be settling just outside of Berlin. Microvast is moving their European headquarters from Frankfurt am Main to the town of Ludwigsfelde, where they will manufacture battery systems for vans, trucks, sports cars and off-road vehicles from the beginning of 2021.

Microvast is based in the US state of Texas and has made a name for itself in Europe as a supplier of fast-charging batteries in connection with VDL’s electric bus fleet at Amsterdam’s Schiphol airport. There, Citea buses are equipped with US-American batteries.

According to the German news service the dpa, Microvast will initially employ around 100 people in Ludwigsfelde and are later expected to employ 200 to 250. The company initially plans an annual production of about 300,000 to 500,000 battery modules for 10,000 to 15,000 electric vehicles. In the final expansion phase, battery systems will be delivered for about 50,000 to 75,000 vehicles per year. According to the German news agency, the total investment in the first expansion phase will amount to 43 million euros. In all probability, the final amount of investments will amount to a three-digit million sum.

According to Microvast, the location is well connected to Berlin’s public transport network as well as to the Bundestraße 101 and the Autobahn 10. “The site’s proximity to Berlin was among the factors in Microvast’s decision to base its European headquarters in Ludwigsfelde. The capital is, in effect, our gateway to the many research and education institutions in the Berlin metropolitan area; at the same time, Microvast will also benefit from the various companies in the area – providing ideal conditions for Microvast’s research, development and production site in Ludwigsfelde,” confirms Sascha Kelterborn, Managing Director of Microvast GmbH.

In the meantime, parallel to the news from Brandenburg, Microvast has started a new cooperation with the drive manufacturer FPT Industrial, a subsidiary of CNH Industrial. The aim of the agreement is to produce battery systems under the FPT umbrella in Turin, Italy. These are to be “used on CNH industrial vehicles and offered to third-party customers,” it says.