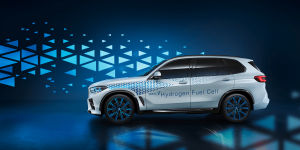 BMW intends to introduce the second-generation fuel cell technology developed together with Toyota in the BMW X6 and X7. Head of Development Klaus Fröhlich made the announcement in an interview.

Although the BMW manager did not want to reveal details, Fröhlich did disclose that the costs of the third generation FC system are to be reduced by 2025 to such an extent that a “volume of hundreds of thousands” of vehicles is possible. In the interview with Auto News Europe, he says: “At the moment, a fuel cell drive train costs about ten times more than a BEV system. We plan to offset these costs by 2025 with the third generation of our scalable fuel cell system, which could lead to hundreds of thousands of units”.

This is again a clear indication that BMW remains true to its mantra of an open approach to technology, developing battery and fuel cell cars in equal measure. Already at the IAA 2019, the Bavarian company presented the i Hydrogen Next, a fuel cell study based on an X5. According to the developers, the car only had to be slightly modified for fuel cell technology. BMW has not yet provided any information on the technical data of the drive system. In return, BMW boss Oliver Zipse explained at the presentation in September 2019 that a fleet of the i Hydrogen Next should be on the road in 2022. The head of the company left it open as to the scope of the size of the fleet concerned.

In any case, BMW has so far made rather general statements in this direction. “We will be able to deliver the technology when the demand is there,” they said. With the answers to the interview by Head of Development Fröhlich, the year 2025 is now increasingly becoming a fixed point for the commercialisation of FC technology at BMW.

In 2015, the Munich-based company already showed a prototype based on the then 5 Series GT and let a few journalists take the wheel at the Miramas test track in southern France. At the time it was said that the first cars were to arrive in 2019. With a small series “in the early 20s” these plans would be delayed for about two years.

Currently, only BMW cooperation partners Toyota and Hyundai offer fuel cell cars with the Mirai and the Nexo as a series car. The Mercedes GLC F-Cell is currently only available to selected customers under a special leasing program, but this fuel cell SUV is not yet on the open market.

Finally, a look at BMW’s battery electric plans: There have been reports that the Munich-based company is planning the future i6 as a four-door coupe. Details of the model are still little known, but according to German industry insiders such as journalist Georg Kacher, the electric vehicle is likely to be launched in three different power levels. The price range will probably range from 72,000 to 110,000 euros. The basic model will only have a 250 kW engine on the rear axle and a 63 kWh battery. The middle model with four-wheel drive and 92-kWh battery will probably come at 320 kW, the top model at 400 kW. Later on, a 103 kWh battery is said to be available. Kacher also speculates about a sporty i6S with 115 kWh.