Norway is widely considered a leading EV market, and sales in the Scandinavian nation are often used to test the waters for new electric vehicle technologies and market trends. The statistics are now out for December 2019, which has shown a significant decrease in BEV sales, while hybrids seem to have become more popular.

A total of 3,423 new battery-electric electric cars were registered in Norway in December. This marks a 33.5 per cent decrease to the same month a year before. The share of electric cars in all registrations in December was 30.4 per cent. This also marks a minor decrease from November. Following a record registration peak for electric vehicles in March, the numbers have settled a bit since their drop in April. In addition, there were 3,712 new hybrid passenger cars, whose registrations were up 23.6 per cent compared to the same month last year, reaching a share of 33 per cent. Among the hybrid passenger cars were 2,594 plug-in hybrids. 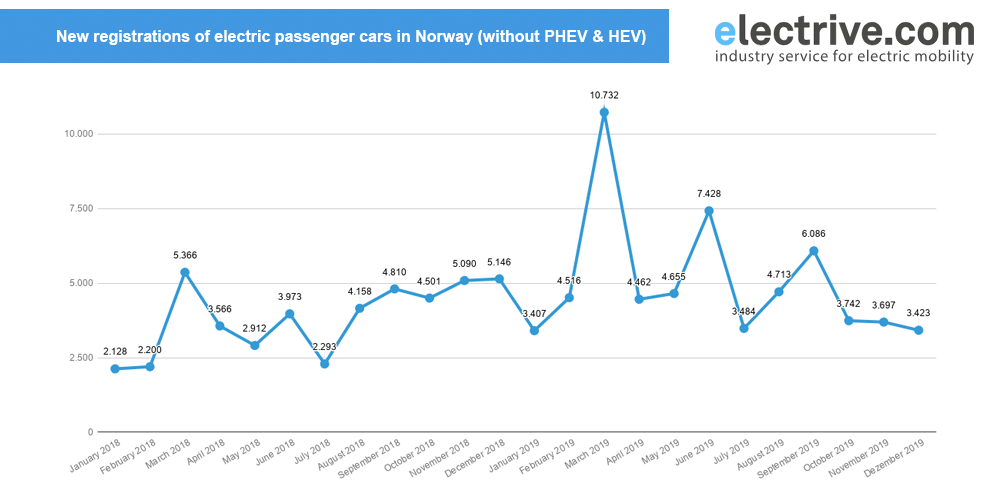 The most popular of all models in Norway was the Tesla Model 3 with 15,683 new registrations for the full year 2019, of which 1,251 were registered in December.