Exactly 3,697 electric cars were newly registered in Norway in November. The market share of electric cars among car registrations was 36.9 per cent. The most successful model of all drive types was the VW e-Golf. 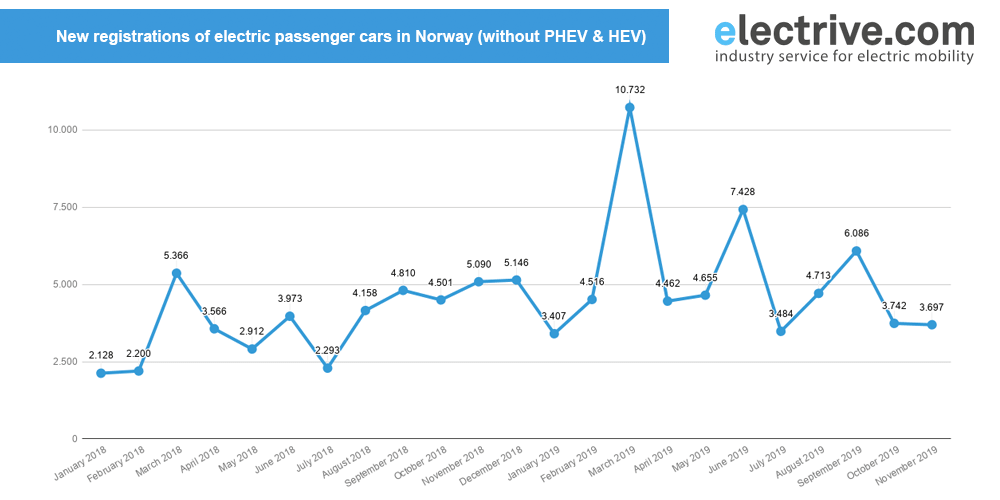