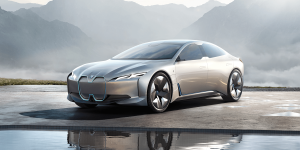 The closure will take place during the school holidays in Bavaria, from July 27 to September 7. Then about 6,000 of the plant’s 7,800 employees will be on a forced vacation. These employees work in vehicle production. However, the approximately 1,700 employees of the motor plant will continue to work during this time, as they also manufacture for BMW’s worldwide production network.

The employees’ work time accounts could go far into the red, a company spokesperson said. Every plant closes for a few weeks every year for maintenance and retrofitting. The plant closure in Munich, however, will be somewhat longer, probably because of the major conversion work.

In future, the i4 electric car will roll off the production line together with the 3 and 4 series models. According to BMW, more than 1,000 robots in the body shop and assembly area will be converted to then flexibly assemble the various drive forms on a production line according to demand. The i4’s electric motor will be assembled in Dingolfing – we have summarised further details of the electric sedan here.

However, BMW will still purchase the battery cells for the i4, from CATL and Samsung SDI among others as reported. Although BMW maintains its own Battery Cell Competence Center for research, it does not manufacture the crucial cells itself. This could soon change, as the German Tagesspiegel now reports with reference to corporate groups. According to the report, BMW is to be the focus of a second consortium that is applying to the Federal Ministry of Economics for millions of euros in funding to set up battery cell production in Germany.

As recently as November, at the opening of the aforementioned ‘Battery Cell Competence Center’, BMW boss Oliver Zipse denied plans for cell production, but left a back door open: “If it should become necessary one day, we will be able to react.”

This “one day” appears to have come after less than two months: the BMW Board of Directors wants to take a final decision on the project in January, according to the newspaper. BMW is also involved in the first ‘Important Project of Common European Interest’ (IPCEI) to promote research and innovation in the field of batteries, for which the EU Commission approved state aid totalling 3.2 billion euros in December.