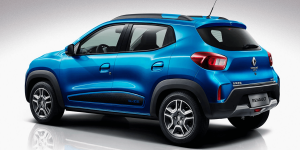 Renault has now officially confirmed that the first electric model from its Romanian subsidiary Dacia will come out within the next two years. There are many indications that this will be the modified version of the Renault City K-ZE electric compact car offered in China for the European market.

A document on the financial results of the Renault Group in 2019 contains a product roadmap for electrification, which lists a “Dacia Urban City car” in the BEV category for “2021-2022”. Although further details were not given, the announcement fits in with our report at the beginning of December, according to which Dacia could offer a modified relative of the City K-ZE small electric car for Europe from 2021 onwards, which has so far only been introduced in China.

The German automobile news site Automobilwoche reported shortly before the turn of the year that this electric model would probably offer a WLTP range of 250 kilometres in Europe and cost around 15,000 euros including battery. Depending on the European country of purpose and subsidies, this will price will go even lower. In Germany, for example, taking the increased environmental bonus into account, the potential Dacia electric vehicle would thus be available for less than 10,000 euros. In China, the City KZ-E has been selling for the equivalent of almost 8,000 euros since September 2019. For Europe, the small car is to be given modified safety equipment, the European standard CCS plug, and a new name. The French carmaker has not given any indication of whether the Carcia EV will be made with right-hand-drive for the UK. 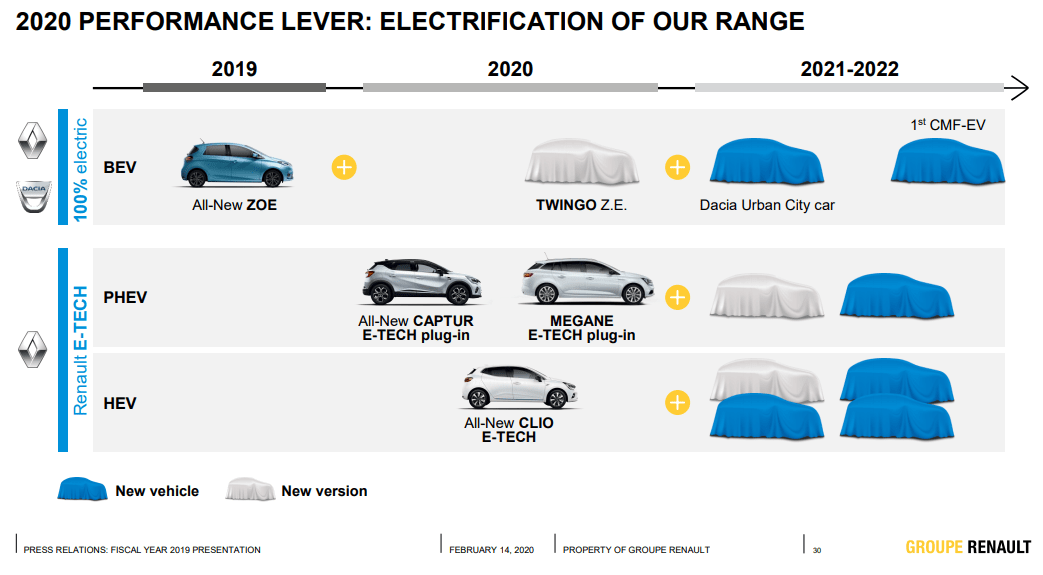 Dacia faces a major challenge because of the EU’s stricter CO2 requirements. The fleet with the low-cost internal combustion engines from the Romanian Renault brand is currently emitting too much CO2 – and in the low-price segment, investments in new and expensive technologies are challenging to manage. According to Group Sales Director Olivier Murguet, Dacia wants to reduce CO2 emissions with more efficient combustion engines and more gas-powered cars – and, as a third option, “electrification in the long term”. The “Dacia Urban City car” is the first step.

Other models included in the product chart mentioned above are the following: In term of BEVs, the market launch of the Twingo ZE is listed after the new Zoe for 2020. Besides, after the all-electric “Dacia Urban City car”, the first vehicle on the CMF platform specially developed for electric cars is to roll off the assembly line. In terms of hybrids, 2020 will see the market launch of the recently announced plug-in hybrid versions of the Captur and the Mégane as well as the Clio Hybrid. Two further plug-in hybrids and four hybrids are to follow in the next two years.

>>With reporting from Cora Werwitzke, France