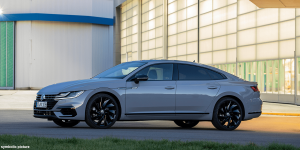 In addition to its fully electric models in the ID. series, VW is also planning to roll out further plug-in hybrid versions of the combustion engine series. Before the end of this year, VW plans to present PHEV variants of the Arteon and Tiguan.

The PHEV drive is available in two versions, each with 150 or 180 kW system output here, as well as in the sister models Seat or Cupra Leon and Škoda Octavia iV. The PHEV combines a 1.4-litre petrol engine with an 85 kW electric motor located in the housing of the six-speed dual-clutch transmission. The vehicle battery has a capacity of 13 kWh, which, at least in the case of the Golf 8, should be sufficient for an electric range of 60 kilometres.

Further details on the model upgrades are not yet known, but German publication Heise speculates that the Tiguan will still be fitted with mild-hybrid engines. The official presentation is planned for late summer 2020 – but the corona crisis could still upset this timetable, so it remains to be seen when the vehicle reveal will actually take place.

The Touareg R will also be fitted with a plug-in hybrid drive. However, this is not the four-cylinder PHEV from the MQB models, but the drive system adapted by Porsche with a three-litre V6 petrol engine. At the Stuttgart-based VW subsidiary, the drive will be used in the Panamera saloon and in the Touareg sister model Cayenne.

Aiways U5 available starting in April