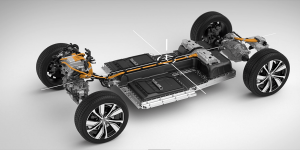 Volvo Cars has invested in Circulor, a British blockchain specialist so that the Swedish car manufacturer can make the origin of raw materials more transparent in future. The two companies have not disclosed the amount of the investment.

Last year Volvo Cars already reached agreements with its two battery suppliers CATL and LG Chem and their dedicated blockchain companies to trace the origin of cobalt using blockchain technology. The new agreement with Circulor should make it possible to include other materials in the blockchain in the future – such as mica, a mineral used as an insulating material in E-Volvos battery packs.

Volvo is investing in the British blockchain company through its investment fund, Volvo Cars Tech Fund. The aim is to deepen the existing partnership between the two companies. According to Volvo, Circulor’s technology – developed in cooperation with CATL and LG Chem – is already being used in its battery supply chain. According to the Swedish company headquarters, the cobalt used in the new Volvo XC40 Recharge is 100 per cent traceable. The model is the brand’s first fully electric car. It is manufactured in Ghent, Belgium, and is scheduled to launch at the end of the year.

The XC40 Recharge is known to be the harbinger of an entire Recharge family: By 2025, the company wants to cover half of its worldwide sales with purely electric cars. Parallel to the vehicle, Volvo has also presented an ambitious climate plan that aims to reduce CO2 emissions by 40 per cent by 2025 and also takes into account ethically responsible behaviour in all business areas and the supply chain.

The aim of the investment now made is consequently to expand the range of traceable materials, but also to use blockchain technology for other areas, for example, to reduce the CO2 footprint. According to Volvo, the cooperation could help “Circulor to potentially set standards for ethical sourcing in automotive and other industries.” In addition to Volvo, Systemiq, Total Carbon Neutrality Ventures and Plug & Play also invested in Circulor in the current round of financing.

The Volvo Cars Tech Fund was set up in 2018 to attract promising start-ups, especially in the technology sector. Its investments focus on strategic technology trends that could change the automotive industry. These include artificial intelligence, electrification, autonomous driving and digital mobility. Volvo says of itself that the company was “the first car maker to implement global traceability of cobalt used in its batteries by applying blockchain technology across its supply chain”.

Blockchain technology builds a reliable data network, thus significantly increasing supply chain transparency, since information about the origin of the material always remains visible. Following a successful pilot project, Circulor and Oracle will operate the blockchain throughout the CATL supply chain in the summer. At the same time, the Responsible Sourcing Blockchain Network (RSBN), together with the responsible specialists RCS Global and IBM, will introduce the technology in LG Chem’s supply chain.

Including reporting from Cora Werwitzke.