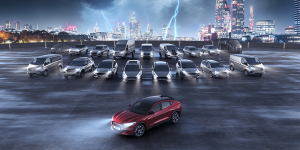 Ford has sent a letter to its US dealers to inform them that they will be required to invest a sum of $35,000 to receive the brand’s “next-generation EV certification”. This is meant to cover chargers and service offers for EVs.

According to a report by Carsdirect, Ford states in their letter that the initial investment is optional for most dealers at the moment, and is only an estimate to cover charging infrastructure, service equipment, and installation. One of the basic barriers to be able to take EV reservations for Ford requires the dealerships to be capable of demonstrating 240V charging capability and ordering necessary service equipment by April 30.

The timing for the communication and resulting hardware upgrade is set to prepare for the launch of the Mustang Mach-E and e-Transit, Ford’s first electric vehicles. The electrified version of the Transit transporter van is scheduled to launch in the USA later this year, while deliveries of the e-Transit for the European market are not expected until 2022. Production for the Mustang Mach-E electric SUV has already started in the USA, and production schedules for Europe, with production taking place in Cologne, Germany, and China have also been announced, although the market launch dates have yet to be specified more exactly. The next vehicle in line is an electric version of Ford’s popular F-150 pickup truck, which is scheduled to enter production in 2022.

While it certainly makes sense that dealerships are prepared to actually charge and maintain the vehicles they sell, Ford’s traditional sales strategy is starting to look outdated when compared to the direct marketing schemes that younger EV manufacturers such as Tesla, as employing. However, given the potential long-term benefits of having charging infrastructure for electric vehicles and seemingly high demand for the Mustang Mach-E, it is likely most dealerships will follow through with the investment.

Honda HR-V only available as hybrid in Europe