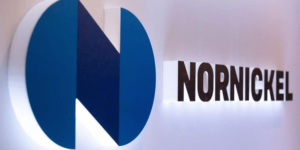 The Russian mining company Norilsk Nickel – also known as Nornickel – wants to increase production at its nickel refinery in Harjavalta, Finland. Production should increase to 100,000 tonnes per year by 2026 due to the rising demand for battery materials, especially for electric vehicles.

Currently, the refinery produces 65,000 tonnes of nickel products annually. By 2023, this quantity is to be increased to 75,000 tonnes, and by the beginning of 2026 to the aforementioned 100,000 tonnes per year. The proportion of nickel sulphate solution created is to climb from the current 10,000 to 40,000 tonnes per year within five years. This solution contains nickel in the form required for the construction of lithium-ion batteries.

The customers that were named in a Reuters report are Finland’s state-owned mining investment company Finnish Minerals Group, BASF and the energy utility Fortum. Together they form Finland’s battery cluster. Nornickel sales chief Anton Berlin told Reuters that the proximity to customers is crucial for this product, as long-distance transportation eats up most of the profitability.

A battery recycling cluster with the same players, Nornickel, Fortum and BASF was also launched last year to serve the electric vehicle market. All of these companies are either based in Finland or have subsidiaries there – Fortum is a Finnish energy supplier, the German chemical company BASF is building its first site for the production of cathode materials for the European automotive market in Harjavalta, Finland, and Nornickel is operating the aforementioned nickel refinery in the vicinity of the new BASF factory.

Nornickel described the construction of the recycling plant as a further step towards distinguishing itself as the “most sustainable nickel refinery in the world” when it announced the move just over a year ago. The Russian company and BASF have been partners for a long time and have announced their intention to further deepen their cooperation further since establishing the battery district in Harjavalta.