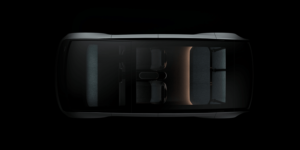 The British electric vehicle developer Arrival is cooperating with the ride-hailing company Uber as they aim to build an electric car specifically for ride-hailing services. However, the electric car will probably not be exclusive to Uber.

According to an accompanying statement, the ‘Arrival Car’ will be an “affordable, purpose-built electric vehicle for ride-hailing services” and will be based on Arrival’s own Small Vehicle Platform, which Arrival mentioned in an investor presentation ahead of its recent IPO a few months ago. There are no technical specifications yet, but Arrival has published some renderings of the planned vehicle, which is scheduled to go into production in the third quarter of 2023.

Arrival is taking a relatively minimalist approach to the design, similar to the start-up’s two already announced electric vehicles, the Arrival Van and the Arrival Bus. Arrival had presented the current version of its electric van at the beginning of March and mentioned some technical data. The near-production version differs significantly from the renderings shown in 2020. Shortly after the van in the summer, Arrival’s first electric bus is to go into test operation in the autumn with the operator First Bus in the United Kingdom.

For the cooperation with Uber, Uber drivers are to be involved in the design process of the Arrival Car “to ensure that this new vehicle meets their needs”. The final design is to be unveiled before the end of the year. However, Electrek reports, citing direct information from Arrival, that the Arrival Car is not currently intended as an exclusive vehicle for Uber.

The British-American collaboration is not limited to the planned vehicle anyway: In a Memorandum of Understanding, Arrival and Uber stipulated that they will also explore a strategic partnership in key markets such as the UK, the European Union and the US. However, they did not get more specific.


Uber is planning to become a fully electric mobility platform across North America and Europe by 2030. In London, this step is to be completed as early as 2025. Against this background, the company has set up a budget of just over 135 million pounds to make it easier for Uber drivers in the British capital to switch to electric vehicles. “Our focus is now on encouraging drivers to use this money to help them upgrade to an electric vehicle, and our partnership with Arrival will help us achieve this goal,” expressed Jamie Heywood, Uber regional manager for Northern and Eastern Europe.

Arrival’s largest public contract to date is for up to 10,000 vans for delivery service UPS, which (like Hyundai-Kia) also owns shares in Arrival. “We have a great partnership with UPS […], and we hope to replicate that success with Uber as we develop the best possible product for ride-hailing,” expresses Tom Elvidge, Arrival senior vice president and former manager at Uber.

The British company is in the investment-intensive development and production ramp-up phase. They completed their SPAC IPO, announced in 2020, raising gross proceeds of approximately $660 million at the end of March. Funds that will be used for initial vehicle deliveries and the expansion of Arrival’s planned, novel “micro-factories”.

Arrival had moved into its Bichester production plant in March 2020 – this is still a traditional plant, not a microfactory. Arrival has only rented this factory. The UPS delivery vans for the European markets are to be built there.