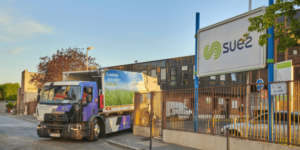 Renault is giving few details about the order from Neuilly-sur-Seine, a municipality of 63,000 inhabitants. The relatively large order is said to be based on the good experience with the D Wide Z.E., which has been used as a refuse collection vehicle for almost a year. The fleet will be used between Neuilly-sur-Seine and – depending on the type of waste – Saint-Ouen or Gennevilliers. Where the vehicles will be loaded is not disclosed in the press release, nor is the order value or the delivery schedule.

Renault does say that some technical adjustments are still being made as a result of feedback on the use of the first example. For example, work is still being done on programming the heating of the driver’s compartment or on optimising the operation of the unit (“number of compression cycles, speed of the mechanisms”).

“An order of this size reflects the maturity of electric technology and the strength of the market,” comments Christophe Martin, Managing Director of Renault Trucks France. “Our electric trucks meet the operational requirements of our customers. The light is now green: the pioneering era is behind us and buying is becoming easier.” Electric vehicles are expected to account for 10 per cent of volumes at the French commercial vehicle manufacturer by 2025.

“Renault Trucks, a long-standing partner, meets Suez’s expectations in every respect in terms of 100 per cent electric vehicles,” expresses Fabrice Rossignol, Executive Vice-President of Suez Recycling & Valorisation France. “The operational know-how we have developed also enables us to meet the expectations of municipalities such as Neuilly-sur-Seine.” Neuilly is considered a posh Parisian suburb. According to the administration, the municipal fleet already has an electric share of almost 39 per cent.

The D Wide Z.E. is a 26-tonne variant specially optimised for waste transport. According to Renault, waste disposal is an area of application for which electrification is particularly well suited. In everyday life, waste disposal vehicles start up and slow down again very often (300 to 800 times per operation). This leads to high consumption as well as increased particulate matter and particle emissions due to rapid material wear. In electric vehicles, which mainly use the engine for braking, the braking system is less stressed and thus there are lower emissions compared to the combustion engine.

We have already discussed the technical details of the three-axle vehicle with a wheelbase of 3.9 metres in earlier reports. The D Wide Z.E. has two e-motors with 260 kW continuous and 370 kW peak power as well as 850 Nm torque and a battery pack with 200 kWh capacity on board. The power transmission is controlled by a 2-speed gearbox. The vehicle is charged with up to 20 kW AC and 150 kW DC.

However, a few months ago Renault Trucks announced new battery options for the D Wide Z.E. (as well as for the 16-tonne D Z.E.). The trucks previously equipped with 50 kWh modules can now be ordered with 66 kWh modules. For the D Wide Z.E., up to four modules á 66 kWh are possible and thus a range of up to 180 kilometres. Here Renault has apparently corrected its specifications somewhat downwards: Previously, with the maximum 200 kWh, there was talk of up to 200 kilometres of realistic range; with the now up to 264 kWh, it should only be aforementioned 180 kilometres.