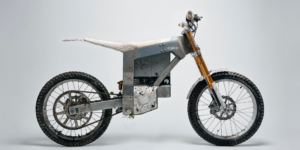 Swedish light electric motorbike manufacturer Cake has raised $60 million in fresh capital. Cake plans to use the capital to invest in expanding its product offering and distribution network.

The amount is made up of $14 million in convertible bonds and a $46 million financing round. The funding round included “strong support” from current shareholders including Creandum and Headline, and was anchored by Swedish pension fund AMF, alongside other investors.

Stefan Ytterborn, founder & CEO of Cake explains, “We are in the process of implementing initiatives to scale the business, structuring and laying the base for rapid growth. Aside from new product platforms, like the new and compact Makka expanding the user base, within B2C as well as B2B, Cake is setting up manufacturing facilities in Europe, North America and Asia for sustainability and efficiency reasons, as we speak.”

Cake was founded in 2018, and in 2019 already launched deliveries of its second electric motorbike. The following year, the startup teamed up with fellow Swedish innovation company Northvolt to work on sustainable batteries for light electric vehicles. Cake is also collaborating with Vattenfall on an electric motorcycle as well as with Polstar on a special Polestar version of the Makka electric motorbike as well as a transport solution whereby a motorbike can be transported and charged directly by the car while driving.

Cake appears to be an early mover with innovative projects. Earlier this year, the Swedish company teamed up with German industrial designer Konstantin Grcic, electric car brand Polestar and aluminium manufacturer Hydro to create a concept of a multifunctional light electric cargo vehicle for the city of the future called ‘Re:Move’.

The three-wheeled urban ‘sled’ is compact and mobile enough for most bike lanes, but large enough to carry a load of up to 275 kilograms and should define a new category of vehicle. A working prototype of Re:Move is scheduled for presentation in autumn this year.