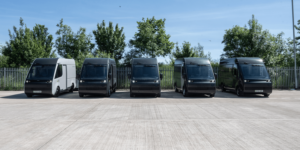 The Canadian battery recycler Li-Cycle is cooperating with the British electric vehicle developer Arrival. The aim is to recycle old batteries from Arrival’s e-vehicle fleets in the USA and Europe.

The cooperation between the two innovative companies is not only about recycling the lithium-ion batteries from Arrival’s (planned) vehicles, they also want to work together on what they say will be “thought leadership initiatives and R&D efforts” to improve lithium-ion battery recycling while improving the efficiency of EV battery supply chains in USA and Europe.

The joint initiatives and research are expected to be the main part of the collaboration right from the start. This is very much about optimising closed-loop chains. Li-Cycle’s technologies should facilitate Arrival’s ability to minimize the lifecycle impact of batteries while improving its recycling and resource recovery infrastructure. The collaboration with Arrival should also allow Li-Cycle to advance its patented technologies in line with next-generation battery technology, as well as continually improving its resource recovery efficiency.

There will also be a good amount of time to optimise these processes before masses of materials require recycling. Production of the Arrival van is reportedly not scheduled to start until the third quarter of 2022, by which time there will only be a smaller number of vehicles for customer test use. These test vehicles should then be recycled earlier – but it will probably take several years before a significant number of batteries from the later production vehicles are in a condition suitable for recycling. The same applies to the Arrival electric bus, which will initially be built in the USA with orders already made.

“Ensuring end-to-end sustainability for electric vehicles is something we are very passionate about at Arrival,” said Deepen Somaiya, global vice president of sustainability for Arrival. “Arrival is changing the fundamentals of the automotive industry with our new method for the design and production of EVs, and we see Li-Cycle’s cutting-edge, commercial lithium-ion recycling technology as an extension of that transformational approach. We look forward to working together with them to create sustainable, end-to-end solutions that will help us drive radical impact.”

The new method of design and production of EVs that Somaiya is talking about is the fact that Arrival aims to produce electric vehicles with localised micro-factories. In March this year, the British company announced that it would be building its second micro-factory in North Carolina.

Li-Cycle has entered into several key recycling collaborations during 2021, such as with Ultium Cells, General Motors’ joint venture with LG Energy Solution for battery cells. Here, Li-Cycle will recycle the production waste. In addition, Li-Cycle will recycle the batteries from electric scooters and e-bikes from the sharing provider Helbiz as well as from bus manufacturer NFI. In September, it was announced that Li-Cycle plans to build its fourth recycling plant in Tuscaloosa in the US state of Alabama. An important supplier would be the Mercedes plant there, where the EQE SUV and EQS SUV are to be built.