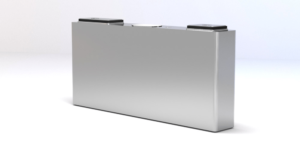 The company says that the cells produced at the new plant will be suitable for electric vehicles and stationary applications, although Exide Industries will not be developing the cells themselves.

Under the agreement, SVOLT will license Exide to use, exploit and commercialise its technologies and know-how needed for Exide to manufacture lithium-ion cells in India and will assist Exide in setting up the planned production facility. A possible location has not yet been announced, but it is likely to be a “state-of-the-art greenfield manufacturing facility” – at least SVOLT has pledged its support for this.

SVOLT has developed and is producing several cell chemistries – from LFP cells to so-called NMx cells with cobalt-free high nickel chemistry. It is not clear from the reports exactly which composition Exide has secured the license for. “Spread out across two popular cell chemistries and three cell formats, this unit shall be uniquely placed to cater to the diverse requirements of customers in India,” Exide CEO Subir Chakraborty is quoted as saying.

Exide participated in the Ministry of Heavy Industries’ Production-Linked Incentives (PLI) program for the National Program on Advanced Chemistry Cell (ACC) Battery Storage. So, according to the program’s requirements, it will be at least five gigawatt-hours.

Mercedes to recycle batteries in in USA & China