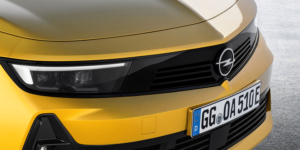 Four new electric models based on the STLA Medium platform are rumoured to be built at the Stellantis plant in Melfi, Italy, from 2024. Media reports have speculated about specific models, including an Opel.

Stellantis has not confirmed the information, but the plans seem concrete. The portal Automotive News refers to requests for quotations to suppliers in its article. Before such a step, internal planning is often advanced but not yet finalised.

As Automotive News writes, these include the already confirmed electric successor to the Opel Insignia as well as a crossover from the DS brand, which could come onto the market as the DS 9 Crossback. In addition, there is the successor to the SUV DS 7 Crossback, which will be launched at the end of 2025, and a Lancia model that will probably bear the traditional model name Aurelia.

In the 1950s, the Aurelia was a Lancia model of the upper-middle class that was produced in three body variants – a saloon, coupé and convertible. Since Stellantis CEO Carlos Tavares virtually eliminated all convertible models during his time as PSA boss, citing costs relative to potential markets, a sedan seems most likely for the electric Aurelia – but it could also become an SUV.

The Melfi plant was built by Fiat in the early 1990s and later passed to Fiat Chrysler Automobiles – since the merger of PSA and FCA, it has been part of the Stellantis production network. Currently, models such as the Jeep Renegade and the Fiat 500X are built there. The Renegade also comes off the production line there as a plug-in hybrid.

The SLTA Medium was introduced by Stellantis in the summer of 2021 as one of four new EV platforms. It is to cover the C and D segments. The batteries can hold between 87 and 104 kWh, which should enable ranges of up to 700 kilometres, according to WLTP. However, concrete technical data and dimensions of the four mentioned vehicles are unknown.

BMW introduces the i3 eDrive35L for China

Toyota prepares for the European launch of the bZ4X