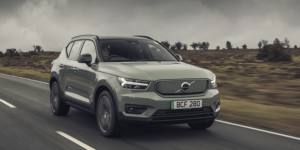 Volvo has been forced to cancel scores of Australian orders for its popular pure-electric XC40 Recharge SUVs, according to local media reports.

Volvo blamed the global semiconductor shortage and the lingering impacts of the Covid-19 pandemic for the decision to cancel 166 Australian orders, writes The Driven. “These vehicles are part of our June/July build and we should see them arrive August/September,” said Greg Bosnich, director for communications at Volvo Australia, confirming that the current order is delayed for Australian customers. He also added that customers will “get priority on model year 23 production start”.

Many global manufacturers have been hit by supply chain issues in the last years, including Tesla at their Shanghai gigafactory or Volkswagen’s MEB production.

However, the shortage in Australia is also related to the (non-existent) emissions policies and EV subsidies. While things are picking up on a local scale, globally, Australia still has some ways to go to catch up with other markets.

Acquiring a battery-electric car in Australia has become increasingly difficult, as other manufacturers also are behind on production, as well as allocating small sales batches of their vehicles in Australia. The Ioniq 5, for example, was sold out within three hours of Hyundai opening their sales order tool. Tesla’s Model 3 production still lags behind schedule, as their global supply is facing difficulties from supply chain issues to lockdowns, while their Model Y is not even available to order in Australia.

Mahindra to use MEB components

Citroën wants to launch a compact BEV in India