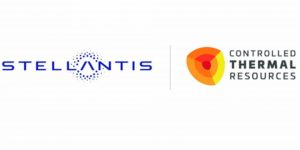 Stellantis has entered into a binding offtake agreement for lithium hydroxide with Controlled Thermal Resources (CTR). The battery-grade material mined by CTR in California will be used in electric cars manufactured in North America.

CTR will supply Stellantis with up to 25,000 tonnes of lithium hydroxide per year during the ten-year contract period, according to the automaker. This is to be extracted from geothermal brine at CTR’s Hell’s Kitchen project in Imperial County, California.

Stellantis plans to launch 25 electric models in the coming years with its US brands such as Jeep, Dodge and Ram. By 2030, BEVs are expected to account for 50 per cent of North American sales. This is why the carmaker is currently investing heavily in battery production: in March, a battery factory was announced with LGES in Canada, and in May, together with Samsung SDI in the US state of Indiana. Stellantis also needs corresponding quantities of raw materials for these battery factories.

There is now a small update on the battery factory in Canada: The joint venture between LG Energy Solution and Stellantis will be called NextStar Energy and will be headed by Danies Lee as CEO. Lee has been with the LG Group for over 20 years, and in the meantime he was also responsible for battery sales in the US market.

“In the fight against global warming, bolstering our battery electric vehicle supply chain to support our bold electrification ambitions is absolutely critical,” says Carlos Tavares, CEO of Stellantis. “Ensuring we have a robust, competitive, and low-carbon lithium supply from various partners around the world will enable us to meet our aggressive electric vehicle production plans in a responsible manner.”

Stellantis entered into a similar supply agreement with Vulcan Energy for its car production in Europe in late 2021. This also involves lithium extraction from geothermal brine.

For partner CTR, this is also not the first deal of this kind: General Motors had previously agreed on a strategic investment and cooperation with CTR to secure lithium from the USA. Here, the supply is to begin in 2024, but no term or delivery quantities of the agreement were mentioned. CTR should be able to produce enough material for both carmakers: According to the Stellantis announcement, production capacity is to be expanded to over 300,000 tonnes per year.

“This definitive offtake agreement with Stellantis sets a new benchmark for the automotive industry in the United States,” said Rod Colwell, CEO of CTR. “Securing clean lithium produced with energy from a renewable resource helps to further decarbonize the battery supply chain which in turn, delivers cleaner cars with less environmental impact. We look forward to a strong and successful relationship with Stellantis.”