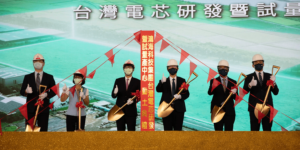 Taiwanese contract manufacturer Foxconn has started building its first battery factory. The plant, located in Taiwan’s second-largest city Kaohsiung, is scheduled to start producing LFP cells with a planned capacity of 1.27 GWh in the first quarter of 2024.

The plant will also include a research and development centre. The batteries will initially be used in electric buses, electric cars and stationary energy storage.

According to a media report, the electronics manufacturer wants to use its findings from Taiwan to build similar production capacities in other countries. Foxconn chairman Liu Young-way said that Indonesia could become the company’s first battery factory outside Taiwan, after the Kaohsiung factory comes on stream. The now mentioned step is not entirely by chance: In January, Foxconn already announced that it had reached an agreement with the Indonesian Ministry of Investment, the electric scooter manufacturer Gogoro and other partners on the creation of an ecosystem around e-mobility in Indonesia. According to Foxconn, the ecosystem will include the production of batteries, the development of two- and four-wheeled electric vehicles, and the development of EV-supporting industries such as energy storage systems (ESS), battery swap stations and battery recycling.

Foxconn also identified electric vehicles as an important new business area and unveiled an electric car platform in autumn 2020. This was followed by a series of collaborations, including with Geely, Fisker, Nidec and Thailand’s state-owned energy company PTT. Foxconn has also agreed with the latter to set up a joint venture to manufacture electric vehicles in Thailand. Last October, Foxconn showed three electric vehicle models. The Model C SUV, the Model E sedan and the Model T city bus all run under the Foxtron brand. Foxtron, in turn, is a joint venture between Hon Hai and the Chinese carmaker Yulon Motor. But that’s not all: Foxconn is also planning to produce electric vehicles in Europe, India and Latin America.

Second life project takes off in India with Audi batteries