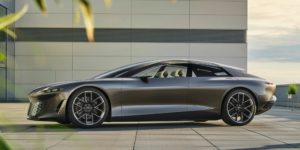 Because Volkswagen’s software subsidiary Cariad is far behind schedule in its development, the model planning of the group’s premium brands is being thrown into disarray, according to a media report. At Bentley, even the timetable for the transformation to a pure electric vehicle brand by 2030 is said to be wobbling.

It had already become apparent that the software development at Cariad was not progressing as quickly as planned. Following the current decision by VW Group CEO and Cariad boss Herbert Diess to separate the development of the interim solution 1.2 for Porsche and Audi and the standard software 2.0 for all brands again, there are now also indications of repercussions for various model launches.

According to information from the German publication Automobilwoche, Audi’s flagship project Artemis for a highly automated electric car will start at the end of 2026 at the earliest, but probably more likely in 2027 – the first announcement mentioned 2024, so it would be three years late. The E2.0 is thus not to make its debut at Audi, but at the VW brand in the electric flagship Trinity, production of which is to begin in 2026.

What is new is that Audi is now probably planning an intermediate variant for 2025 in order to be able to keep halfway to the original Artemis schedule. This is said to be a “slimmed-down version with a higher body shape” of the internally named Landjet Artemis model, which is titled “Landyacht” in the report. Instead of the E2.0, the Landyacht is said to use a further development of the E1.2 and thus will have to do without the “killer apps” in autonomous driving.

Much more than a model start-up is probably at stake at the British luxury subsidiary Bentley: according to the report, the timetable for Bentley’s conversion to an all-electric brand by 2030 is wobbling. There is also a threat of delays for Porsche’s electric Macan and Audi’s sister model Q6 e-tron, both of which were due to start in 2023.

The Macan and Q6 e-tron are to be launched with the E1.2. According to the original plans, this version should already be ready in 2021 – after all, pre-series production of the electric Macan is already underway in Leipzig, while that of the Q6 e-tron is scheduled to start in Ingolstadt at the end of 2022. “We need the software for this now,” the newspaper quotes an Audi manager as saying. An unnamed Porsche manager, referring to the Macan, says: “The hardware is great. But the software is still missing.”