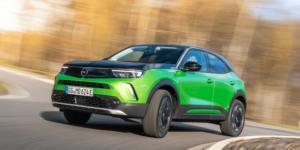 Stellantis has launched ‘Electric As You Go’, a new long-term rental programme for the group’s electric cars. The new offer is initially available in France for the Peugeot e-208, Opel Corsa-e and Opel Mokka-e before launching in other countries in Europe. Still, there are conditions.

Prices start from 110 euros per month plus usage costs of 7 cents per kilometre, according to the multi-brand group. At 500 kilometres per month, the total fee is 145 euros. Shortly after Stellantis launches with three models in France, ‘Electric As You Go’ will also iclude other BEV models of the group and come to other European countries.

Stellantis sees the rental programme as “another step in promoting more sustainable mobility with a lower environmental impact”. For customers, the offer represents an affordable solution for accessing the BEV world. And customer centricity is at the heart of the long-term strategic plan ‘Dare Forward 2030′, it added.

“The main goal of the program is to offer the opportunity to better adapt the total cost of the vehicle to its real use,” the statement said. “It is a long-term rental requiring a competitive down payment and an unbeatable monthly fee, plus a variable cost calculated on the kilometres actually travelled thanks to the connectivity feature embedded in all the Groups’ BEVs.”

A footnote goes on to say that the price may differ in other countries, “depending on the incentive plans put in place by the respective local Government”. So the monthly fee mentioned above cannot easily be applied to a possible German or Italian launch of ‘Electric As You Go’. Moreover, it remains to be seen whether there will also be conditions such as the return of an old combustion car in other market.