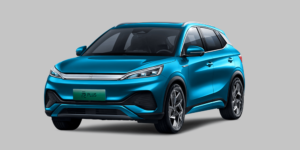 Unsurprisingly, the positive sales trend for New Energy Vehicles in China continues – which includes all cars with electric motors; BEV, PHEV and FCEV. In August, the China Passenger Car Association (CPCA) reported 632,000 new energy vehicles, which is the first time the 600,000 mark has ever been reached in a single month. In September, the numbers were closer to 700,000 than to 600,000 vehicles, with 675,000 units.

Of particular note is that, so far, only four months have even been above the 500,000 New Energy Vehicles mark (in December 2021 and June, July and August 2022) – i.e. with BEVs, PHEVs and FCEVs. In September, BEVs alone reached the half-million sales mark with 507,000 units. They thus accounted for 75.1 per cent of all NEV sales in September. But PHEVs have also made significant gains on a year-to-date basis, with the 168,000 PHEVs representing a 195 per cent increase compared to September 2021.

Compared to August, wholesale NEV sales in China (but this includes exported vehicles) were up 6.2 per cent, and up 94.9 per cent compared to September 2021. The CPCA emphasises that NEV sales have apparently remained unaffected by the purchase tax cut for small combustion vehicles. Retail sales (i.e. vehicles that stay in China) have also risen to 611,000 NEVs, representing a NEV share of 31 per cent of all new registrations.

In the current year, 4.341 million New Energy Vehicles were sold wholesale in China, up 115.4 per cent. Among the manufacturers, BYD also set a new record: with 200,973 NEV passenger cars, BYD broke the 200,000 mark for the first time – keeping in mind that BYD has not been building pure combustion vehicles since the beginning of the year. Of these, 94,941 were BEVs and 106,032 were PHEVs. BYD has not revealed how many vehicles were exported, but the brand’s European launch is scheduled for the fourth quarter.

September was also a good month for Tesla, with no major production interruptions in the Giga Shanghai. Tesla was able to sell 83,135 electric cars manufactured in China in September, which is the same as wholesale sales. Since 5,522 vehicles were exported, Tesla’s retail sales are 77,613 electric cars. For the models only wholesale sales are available: Tesla sold 51,802 Model Ys produced in Shanghai and 31,333 Model 3s.

Among the smaller Chinese BEV manufacturers, the familiar trend of the past months continues: Neta is able to distance itself a little from the other start-ups with 18,005 BEVs in September, compared to 16,017 battery-electric cars in August. With 11,039 BEVs, Leapmotor was unable to repeat the record from August (12,525 BEVs) but remains consistently ahead of Nio (10,878 BEVs in September). Nio has not disclosed how many vehicles were exported, but the first examples of the ET7 have already arrived in Europe for the company’s European launch.

Slightly behind these, Xpeng continues to struggle and once again fails to achieve five-digit sales: 8,468 electric cars in September, with the G9 large e-SUV soon to be added to the portfolio. Until then, however, Xpeng will have to look backwards rather than forwards towards Nio: Geely’s Zeekr brand has made up decent ground with 8,276 BEVs. As a reminder: Zeekr only delivered its first 199 vehicles in October 2021, so the brand has only been active for 12 months.