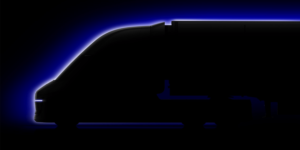 Quantron received a significant order from the United States shortly after founding its own US subsidiary. The American transport company TMP Logistics has signed a framework agreement with Quantron US to deliver 500 heavy-duty fuel cell trucks by the end of 2024.

According to a Bavarian Ministry of Economic Affairs statement, the agreement was reached during the Hydrogen Americas Summit in Washington, DC. The order has a volume of almost one billion euros. Quantron took a day longer to confirm the deal.

However, when Quantron announced its founding Quantron US this week, the company already mentioned “a number of enquiries from US fleet operators”, which had prompted its decision. By 2025, Quantron wants to generate about 50 per cent of its sales in the North American market by focusing on “hydrogen solutions for long-haul transport such as Class 8 trucks”.

This combination of enquiries and the heavy-duty FCEV trucks with Ballard fuel cells appears to have led straight into the first framework agreement with TMP Logistics. Details such as when TMP will place binding orders for batches were left out in the Bavarian Ministry of Economic Affairs announcement.

The same is true for the model. At the IAA Transportation in September, Quantron presented the QHM FCEV Heavy Truck, equipped with two Ballard fuel cells for a range of 700 to 1,500 kilometres, depending on the tank configuration. The integrated e-axle eGen Power 130D comes from the US manufacturer Allison Transmission.

“We have taken an important step into the US market with the framework agreement and are very well positioned for the challenges ahead,” said Quantron Chairman Andreas Haller. “We thank Bavarian Minister of State Hubert Aiwanger for his support and tireless commitment to hydrogen mobility.” Aiwanger also travelled to the US and was present at the signing of the framework agreement with Haller and Raymond F. Staples, Chairman of TMP Logistics.

Staples also serves as Chairman of the Board at Quantron US and co-founder of “Quantron-as-a-service” in North America, so we expect the options of the new deal to be called for. Richard Haas flanks him as head of the new US subsidiary. Haas was most recently Managing Director and CEO at Mahindra Automotive North America and previously, among other things, Director of Engineering for the Tesla Model S, as well as having worked for Ford for a long time.

Quantron confirmed the order today and added a few details concerning QaaS. They will also integrate zero-emission vehicles from third-party suppliers into the QaaS platform and offer zero-emission solutions to customers on a per-mile basis based on total cost of ownership (TCO).

Quantron is the preferred supplier of FCEV Class 8 trucks to TMP Logistics. Michael Perschke, CEO of Quantron AG, said, “With our contribution of 500 heavy-duty FCEV trucks, we support the $8 billion hydrogen program funded by President Biden’s Bipartisan Infrastructure Law and are pleased to spearhead the effort to help businesses and communities across the country benefit from clean energy and hydrogen investments.”