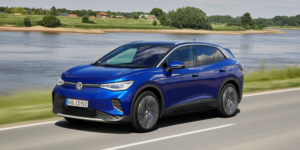 The Volkswagen Group handed over 366,400 fully electric vehicles to customers in the first nine months of this year, around 25 per cent more than in the same period last year (293,000).

The BEV share of the Group’s total deliveries rose to 6.0 per cent from January to September 2022, compared with 4.2 per cent in the first nine months of the previous year.

In the third quarter, the BEV share (Battery Electric Vehicle, i.e. purely electric) was 6.8 per cent. This is the highest figure so far this year for a single quarter, according to Hildegard Wortmann, member of the Extended Group Management Board. The delivery of 366,400 electric vehicles – mostly electric cars, of course – seems to satisfy the VW Group, as it points out that this figure was achieved “despite ongoing supply bottlenecks”.

Looking at the development by continent, the balance is a little more differentiated. Here, it is possible to see exactly where the supply bottlenecks posed the greatest problems. In Europe, the Group only managed to grow from 81,800 BEVs in 2021 to 83,100 electric vehicles in the third quarter, an increase of 1.6 per cent. In the current year, the increase from 209,900 BEVs in 2021 to 211,900 electric vehicles is even lower, at 1.0 per cent. At the same time, the BEV order backlog in Western Europe has risen to over 350,000 vehicles, so almost the entire electric vehicle production for Europe is already sold out in 2023.

Europe is still VW’s biggest BEV market in absolute terms, but the biggest growth comes from China. In Q3, there were 49,200 BEVs instead of 28,800 last year, which is an increase of 70.8 per cent. Over the course of the year, VW was even able to increase electric deliveries in China by 139.3 per cent to 112,700 electric cars. To illustrate the development: VW delivered 47,100 fewer BEVs in China in the first nine months of 2021 than in just one quarter of 2022.

The US performed well in Q3 with a 35.8 per cent increase, with 12,000 vehicles (instead of 8,800 in Q3 2021), but at a significantly lower level. Over the course of the year, the US market for VW increased by 5.9 per cent to 28,900 vehicles. The “rest of the world” also saw gains of 46.8 per cent over the year, but only to 12,800 vehicles. In the above figures, the German carmaking giant has not differentiated these figures by vehicle type, so it is not possible to see how trucks and other commercial vehicles are faring according to region.

Delivery results according to brand

Audi’s growth in Q3 has slowed somewhat but remains high: at 34.8 per cent (to 27,000 electric cars), the increase is below the level of the current year, where it was 45.9 per cent. With 77,000 BEVs in the current year, Audi is the second-largest electric brand in the Group. That said, Audi is only just behind Mercedes with around 30,000 BEV deliveries in Q3, while in the same period, BMW Group is far ahead since BMW and Mini delivered a total of 52,306 all-electric cars in Q3.

Porsche has not done so well since the Zuffenhausen-based company was only able to deliver 6,600 of the various Taycan derivatives in Q3, which is 29.7 per cent less than the 8,800 Taycans in Q3 2021. Over the course of the year, the negative growth of 1.25 per cent is smaller but still noticeable: instead of 28,600 electric cars, Porsche has delivered only 25,100 Taycans so far.

Commercial vehicles and trucks by brand

In the commercial vehicles segment in Q3 2022, Volkswagen Commercial Vehicles (VWN) saw disappointing results, with deliveries actually down by 45.7 per cent, with only 600 vehicles delivered, down from 1,100 in the same period last year. Sales also dropped for electric vans for Mercedes, though not quite as spectacularly since Mercedes-Benz Vans delivered around 3,300 electric vehicles in Q3 2022, which is 14 per cent less than in the same period in 2021, though Mercedes clearly has the larger market share here.