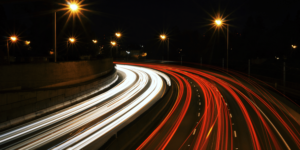 On the one hand – as soon as Euro 7 takes effect – all newly registered passenger cars must comply with a limit value for brake abrasion. Initially, seven milligrams per kilometre are permitted, then three milligrams from 2035.

For the first time, the new emissions standard also addresses microplastics, which are produced by tyre abrasion. In this respect, electric cars will be challenged more than comparable combustion models: electric cars are heavier on average due to the large batteries and thus produce more microplastics. The only problem is that the limit values are not yet included in the draft submitted to electrive.net or in the table published by the EU Commission. The fields for “normal tyres”, “snow tyres” and “special use tyres” are still empty.

Limits have been set – but measurement procedures not yet detailed

While a clear value can be read out of the vehicle’s battery management system for the specifications on battery durability, limit values have now been set for the new factors of brake abrasion and microplastics, but it is not yet clear from the documents to date exactly how these values are to be measured and checked. This is because the Euro 7 standard is not only measured on the test bench but also includes an RDE part – the “real driving emission”, measured on the road. Corresponding test devices with hermetically sealed wheel arches already exist and are being used in development. How this will be applied to the standard, however, is not yet clear.

As the German publication Zeit reports, the industry hopes to get away with the issue of brake abrasion for electric cars with deceleration via recuperation instead of disc brakes “and a new material mixture for brake pads”. If the limit value drops to three milligrams from 2035, that might no longer be enough. The consequence could be a system that sucks up brake particles – similar to the solution that the German Aerospace Centre (DLR) has already presented with a demonstration vehicle. The same applies to the microplastics of tyre abrasion, which could also be extracted in an encapsulated wheel housing.

The Euro 7 standard itself has not yet been finalised either – it is a proposal by the EU Commission, not a decided regulation. However, major changes by the EU Parliament or Council are not expected.

Thus, the values mentioned are already binding to a certain extent. This also applies to the new specifications for combustion engines, which are to become even cleaner in spite of the de facto ban on registration in the EU in 2035. In Euro 7, petrol and diesel engines are treated equally for the first time – which means, for example, that from 2025 onwards, diesel engines will have to meet the petrol engine limit of 60 milligrams per kilometre instead of the previous 80 milligrams per kilometre. In addition, the “conformity factor” anchored in Euro 6 has been dropped. This mechanism provided that cars were allowed to emit higher values in the RDE measurements on the road by just that conformity factor – for nitrogen oxides, for example, the factor 1.43. In future, the values on the road must also comply with the limit values valid on the test bench. In addition, the range of measurement conditions will be increased – they are to reflect the conditions “to which vehicles can be exposed throughout Europe, including temperatures of up to 45 °C or short journeys typical of daily commuting”, according to the Commission.

The fact that the emissions standard, which has so far mainly regulated the exhaust emissions of cars with internal combustion engines, now also contains specifications that affect electric cars, is seen by some observers as forward-looking. But overall the reactions are – as expected – divided. Both the VDA and the European car industry association ACEA share the view that the new regulations could slow down the transition to zero-emission transport. “The auto industry takes its role to reduce both CO2 and pollutant emissions very seriously. Indeed, last year we made a very constructive proposal for a new Euro 7 which would bring a major reduction in criteria pollutants, thus improving air quality,” says Oliver Zipse, ACEA President and CEO of BMW. “Unfortunately, the environmental benefit of the Commission’s proposal is very limited, whereas it heavily increases the cost of vehicles. It focuses on extreme driving conditions that have hardly any real-life relevance.”

Non-governmental organisations such as the International Council on Clean Transportation (ICCT) and Transport & Environment see it differently. “The technologies to make the last generation of cars with internal combustion engines even cleaner are not prohibitively expensive,” says Felipe Rodriguez of the ICCT, for example, and calculates that a “drastic reduction in exhaust gases” is possible for considerably less than 500 euros per vehicle. T&E even quotes a sum of only 300 euros per vehicle. “The proposals for cars are so weak, the auto industry might have drafted them themselves,” says Anna Krajinska, head of vehicle emissions and air quality at T&E. “Despite enjoying record profits, carmakers have sold the Commission a lie that an ambitious Euro 7 is unaffordable.”