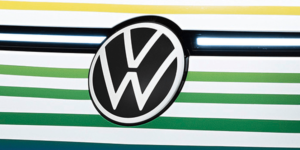 Volkswagen expects to meet European emissions standards this year without relying on other companies to sell electric cars. In addition, VW has made changes to their CO2 pool in the EU.

As the Financial Times reports, citing documents from the EU Commission, the Chinese manufacturers Geely, Nio and SAIC are no longer in the Volkswagen Group’s CO2 pool in the EU. This apparently also applies to all other manufacturers that are not part of the group, as Volkswagen tells the FT: “We confirm that we have switched to a closed pool and that we are confident of reaching EU emission targets on our own.”

Volkswagen had set up a CO2 pool in September 2020 with Chinese manufacturer SAIC, which sells electric cars and plug-in hybrids in Europe under the MG Motor brand. Subsequently, the pool for 2021 was expanded to include other electric car manufacturers, such as startups like Nio and Xpeng (although the latter manufacturer has since trimmed its European plans), as well as Geely brands like Lynk & Co and LEVC.

For 2022, however, VW is optimistic it can meet its fleet targets with only its own group brands and has removed Chinese manufacturers from the pool. “This shows their confidence to meet EU CO2 compliance without the need for other parties – the fact that they don’t need the Chinese insurance policy shows the upward trend,” Matthias Schmidt, a Berlin-based automotive analyst, told the FT.

Since 2020, carmakers in the EU have had to limit their average fleet emissions to 95 grams of CO2 per kilometre – or face significant fines. For each gram above the limit, 95 euros will be due, multiplied by the manufacturer’s total number of new registrations that year.

However, it is permitted to include other manufacturers’ vehicles in one’s own fleet on paper by forming a manufacturer pool. If manufacturers of electric cars are included for this purpose, the average emissions of the pool fall. The e-car manufacturers usually pay well for this service – but for the other pool partners, it is still cheaper than the EU penalty payment.

The pioneer in this practice was the carmaker FiatChrysler Automobiles, which has since been merged into the Stellantis Group and joined forces with Tesla. In the meantime, however, this pool has also been dissolved. One pool that will still exist in 2022, according to the FT report, is that of Honda and Tesla.

Tesla looks to Mexico for their next gigafactory