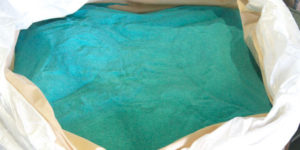 Germany’s chemical corporation BASF and French miner Eramet are finalising a $2.6 billion deal to process nickel in Indonesia, country officials said. The report comes amidst Indonesia wooing international industry to invest in its resources for use in EV batteries.

BASF and Eramet confirmed to Reuters they were assessing a hydro-metallurgical project to produce battery-grade nickel and cobalt from Eramet’s mine in Indonesia’s Weda Bay but did not confirm the proposed investment.

Only Indonesia’s finance ministry cited BASF chief executive Martin Brudermüller as saying the project could be worth around 2.4 billion euros ($2.59 bn).

The ministry also quoted Brudermüller saying that the final decision would likely be taken in the first half of 2023.

Eramet said in a statement seen by Reuters the project was subject to a final investment decision, and further details would be disclosed if a decision was made.

The mining company added the factory could start production in early 2026 with capacities for up to 67,000 tonnes of nickel and 7,000 tonnes of cobalt in the pipeline.

Eramet already produces large quantities of nickel and manganese, primarily for the steel sector, e.g. from mines in Indonesia and Argentina. Given the demand, however, the focus is shifting to the electric car sector and recycling.

In Europe, Eramet announced it received nearly €70 million in EU subsidies for the ReLieVe project to recycle lithium-ion batteries for electric vehicles. BASF is a partner alongside SUEZ, and the group has started building a pre-industrial demonstrator at Eramet Ideas, its R&D centre in Trappes, France. Operations are to begin here this summer. ReLieVE aims to make recycling processes more efficient and develop future-safe solutions.

The recovery of nickel, cobalt, manganese and lithium is becoming increasingly important in the electric car industry, especially in Europe, which is relatively poor in resources. SUEZ estimates around 50,000 tons of batteries could be recycled in Europe by 2027 and ten times as much by 2035.

SUEZ and Eramet are, therefore, also planning to build another recycling factory in France by 2024, as reported. The focus here is on the mechanical shredding of the spent batteries until the so-called ‘black mass’ remains consisting of cathode materials nickel, cobalt, manganese, lithium and graphite.

As for Indonesia, which is rich in nickel resources, low-cost access from local mining is likely to be one of the main reasons behind the deal planned by BASF and Eramet.

At the same time, and likely for the same reason, Indonesia is close to finalising agreements with BYD and Tesla to invest in electric car production facilities. Tesla’s plant in Indonesia could be designed to produce one million electric cars a year, as reported. The news from January 2021 followed reports in August 2022 when Indonesian officials suggested Tesla had signed contracts worth around five billion dollars to buy materials from nickel-processing companies in Indonesia.

SK On closes deal with Urbix for anode development