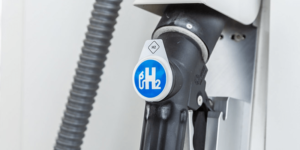 Austrian-based Wolftank Group, specialised in energy and environmental solutions technologies, has set up a joint venture for hydrogen refuelling systems with the public transport operator TPER for the Italian city of Bologna.

The new company is called TPH2, and will be responsible for integrated hydrogen refuelling systems for use in buses to be installed by 2026. Among other things, this will provide refuelling infrastructure for the renewal of Bologna’s public transport fleet with 127 hydrogen fuel cell buses.

The establishment of this joint venture follows TPER making a large order for fuel cell buses in Bologne in December last year. Here, the City of Bologna and public transit operators TPER and Srm launched one of Europe’s largest fuel cell bus projects worth 90 million euros. The first 34 buses shall enter service in 2024, with the remaining 93 to follow by mid-2026. The new hydrogen-powered vehicles will primarily replace diesel buses in classes 2 and 3 before making more modern diesel and methane-powered buses redundant.

The joint venture TPH2 which will provide the refuelling infrastructure for these electric buses is owned  51 per cent by the TPER Group and 49 per cent by the company HGeneration, which belongs to Wolftank Italy. The joint venture is managed by a five-member board, with TPER sending three representatives and Wolftank/HGeneration two, according to the ownership structure.

The Austrian company participated in a public tender and was thus selected by the public transport operator from Bologna as the operational-industrial partner for the hydrogen project. Neither Wolftank nor TPER have, as yet, provided further technical details on refuelling systems and network. In parallel to the events in Italy, Wolftank Group has also successfully placed and completed the capital increase approved in December. This means that the company now has 5.9 euros million “available for further business expansion”.

“We were able to implement our capital increase successfully and in a very short time. It strengthens our liquidity base and positions us even better for upcoming growth,” says Peter Werth, CEO of Wolftank Group.” says CEO Peter Werth. “The market offers great opportunities, particularly in the area of future mobility. With our decades of hydrogen expertise, we have an excellent basis in this sector. With the new funds, we will implement orders such as for hydrogen refuelling systems or e-charging station infrastructure and will invest in our technological lead.”

Vattenfall to install chargers at NH Hotels in Germany