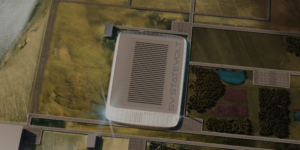 Statevolt has completed its site search for the announced US battery cell factory and has already purchased a plot of land in California. The approximately 55-hectare land is located in the Imperial Valley near the lithium-rich Salton Sea.

The location makes perfect sense: when the factory was announced in April 2022, Statevolt had spoken of a “hyperlocal sustainable business model”. Since a memorandum of understanding had already been signed with Controlled Thermal Resources (CTR) to supply the planned battery factory with locally produced lithium and geothermal energy, the Imperial Valley was an obvious choice – because CTR’s planned lithium production facility is also to be built there.

The Statevolt battery factory is expected to offer an annual capacity of 54 GWh when fully developed – enough for around 650,000 electric vehicles. It is not clear from current reports exactly when the 54 GWh will be reached or when production of the first battery cells is planned. No time frame was given when the project was announced in April either.

Behind Statevolt is the Swedish entrepreneur Lars Carlstrom, who also founded Britishvolt and Italvolt. Carlstrom withdrew from the now-insolvent British battery start-up in 2020. Italvolt, which Carlstrom continues to lead, is reportedly planning a 45 GWh battery cell factory in the north-western Italian region of Piedmont. There are reported delays there – perhaps why Carlstrom is more reluctant to announce timelines for the US project.

“The Inflation Reduction Act has opened up new opportunities and incentives for strategic sectors like ours, helping the US establish itself as the global leader in clean energy solutions,” Carlstrom now says. Sean Wilcock, vice president of the Imperial Valley Economic Development Corporation (IVEDC), adds: “The Statevolt project and its significant investment will be a monumental boost and rebirth for our local economy.”