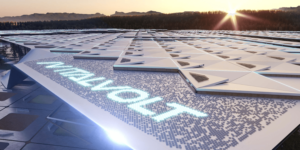 Lars Carlstrom, CEO of Italvolt and Statevolt and cofounder of Britishvolt, has revealed more details about Italvolt – the announced 45 GWh battery cell factory in the north-western Italian region of Piedmont. Carlstrom expects to receive the building permit in spring 2023.

According to the eeNews Europe interview with Carlstrom, the new factory will make MNC (nickel, manganese, cobalt) lithium-ion battery cells with silicon anodes for car makers to assemble into packs. Carlstrom also said that solid-state cells are also being considered and that the new plans envisage that the site will also include material factories and possibly even the processing of lithium. He said the plant will have over eight production lines, each with a capacity of 6 GWh.

“We are not going to make battery packs yet, we are only focussing on cells,” Carlstrom said. “The battery is the platform of the car and that has to be engineered by the car maker. To make all this happen it has to be a collaboration between cell manufacturer, car makers and the supply chain”

In the interview, Italvolt’s CEO said that production will start in 2025, with the company aiming to move into mass production in 2027 and 2028. All batteries will have at least a fast-charging function, Carlstrom adds, so that they can be charged in “five or six minutes, just like you fill up your car with petrol”. At full production, the factory should be able to produce cells for 550,000 cars but did not mention whether the factory is aiming to produce cells for other vehicle types.

Italvolt announced the construction project in February 2021, and signed a purchase agreement for the land in September of the same year. The site, which covers an area of around 100 hectares, is located in the municipality of Scarmagno in the northwestern Italian region of Piedmont. In September last year, the company indicated that 30 hectares will be used to build the plant and two hectares will be used to set up an R&D centre.

“As it is a brownfield project it makes it easier to get the permits. We will demolish 95% of the buildings, we are keeping two for the canteen and a small museum, that’s the agreement,” he said. “A gigafactory is very complex and difficult to engineer so you can’t use old buildings. Fires and explosions can take place so the buildings have to be engineered for this, so its probably ten times more expensive than other buildings and not many of these have been built in the world.”

Earlier this year, Lars Carlstrom announced another battery factory in the USA. The newly founded company Statevolt is to build a factory in Southern California’s Imperial Valley that will offer an annual capacity of 54 GWh when fully expanded, which should be enough for around 650,000 electric vehicles. Carlstrom also co-founded Britishvolt and was CEO until he stepped down.

Italvolt has already entered into a number of collaborations, such as with AECOM for the construction of dry rooms, AVL and ABB for electrification and connection to the electricity grid as well as automation and robots for the factory, TÜV SÜD for the control and certification of production processes and American Manganese for the recycling of lithium-ion batteries. Italvolt is also cooperating with the Polytechnic of Milan (Politecnico di Milano) on new battery technologies and recycling.

Eurocell to build battery factory in the Netherlands