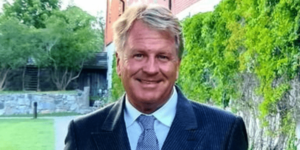 Lars Carlstrom, the founder of Britishvolt and Italvolt, has announced another battery factory – this time in the USA. The newly founded company Statevolt is to build a factory in Southern California’s Imperial Valley that will offer an annual capacity of 54 GWh when fully expanded – enough for around 650,000 electric vehicles.

The exact location is still being determined, according to Statevolt. The fledgling company puts the expected investment at four billion dollars. That is the equivalent of 3.7 billion euros. According to its own statements, the management is currently “conducting due diligence to determine the best location to build its plant”.

While the location of the factory has not yet been decided, there is a potential first supplier: Statevolt has signed a letter of intent with Controlled Thermal Resources (CTR) for the supply of locally produced lithium and geothermal energy to the planned battery factory.

CTR is to supply both the lithium and geothermal energy from the Hell’s Kitchen Lithium and Power project in the Imperial Valley. The plant itself is still in the planning phase. The Imperial Valley is located in southeastern California in close proximity to the Mexican border. Since Statevolt’s announcement talks about a “hyperlocal sustainable business model”, a factory location in the vicinity of the Imperial Valley would naturally make sense – even if it is not (yet) directly confirmed.

CTR expects to be able to produce around 34,000 tonnes of lithium carbonate equivalent per year by 2027. In addition, 140 MW of geothermal energy is to be generated.

The brains behind Statevolt is Lars Carlstrom, who previously founded Britishvolt with its battery factory under construction in Blyth and Italvolt. In Italy, the company is planning a 45 GWh factory in the municipality of Scarmagno near Turin. Italvolt plans to invest around four billion euros in the former Olivetti site.

Carlstrom does not give any details about the financiers behind its companies in the Statevolt announcement either. Instead, he emphasises the change in the USA. “The development of lithium-ion batteries is crucial for the U.S. to meet its goals to transition to Net Zero,” Carlstrom said. “Today, we face a significant shortage in the amount of lithium that is required to meet the demand for electric vehicles. We are pioneering a new, hyper-local business model, which prioritises sustainability and resilience in the supply chain to solve this issue.”