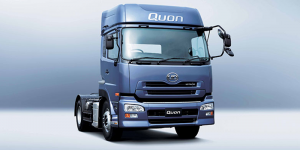 Volvo Trucks, that is due to launch its first all-electric semi next year, says it wants to market the battery technology across brands in order to reduce cost. They would not only share their tech with trucks though but also with buses and heavy industries.

The unit that is owned Sweden’s and Geely’s Volvo AG is increasing its electrification and is building on synergies across the board. Truck brands such as Volvo-owned UD Trucks in Japan and Mack Trucks in the United States would be the first to benefit from shared battery technology but Volvo Trucks is thinking further.

Reuters quotes Lars Stenqvist, CTO at Volvo Group Trucks Technology, saying: “We’re really striving to reuse a lot when it comes to expensive components, which are expensive when it comes to development and production costs … not only between the truck brands but also the bus brands and construction equipment.”

Volvo Trucks own electric model, the FL Electric is due in 2019. Now, UD Trucks said it aims to launch an all-battery electric version of its Quon heavy-duty truck around 2020 too with Douglas Nakano, senior vice president of UD Trucks Technology saying “since we share technologies and platforms, it won’t be difficult for us to do this.”

Volvo Trucks is not alone in its endeavour. Since Tesla announced the launch of its all-electric Semi and with logistic companies placing pre-orders, established manufacturers are hurrying to keep the pace. Daimler has started in the medium-segment with the Fuso e-Canter, whilst Hyundai decided to electrify that same segment as well (we reported). In France, Renault Trucks is ready to roll out an entire electric UV line from next year and says it has been testing since ten years. Another effort comes from the Netherlands, where small Emoss wants to become big with its electric semi truck. Times are looking increasingly good for electric deliveries.