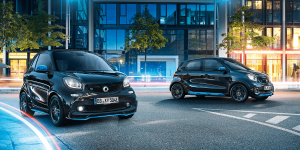 Daimler is in talks with Beijing Electric Vehicle (BJEV), a unit of its Chinese partner Beijing Automotive Group to start building the electric Smart in China. The information was revealed by sources close to the matter but yet awaits official confirmation.

In light of recent changes to the management of Smart as well as China’s push for new energy vehicles, such a move would make sense though. Moreover, Daimler has been working with the state-owned group since 2005 when making cars for the mainland.

In the case of the tiny city cars, the sources suggest, Daimler would look to set up a dedicated joint venture. It could take over production of the electric Smart as well as tying the offering closer to the mind and needs of buyers in China.

Smart is currently undergoing a regrouping as Daimler seeks to turn the brand into an all-electric label. While this move is likely to make them future-safe and to position Smart firmly within Daimler’s EQ network, it has led to falling or stagnating sales in the short-term. This is to change not only with increasing sales in China but also a new CEO. Daimler has appointed Katrin Adt to lead the Smart brand into its electric future as she will succeed Annette Winkler this September reportedly. Like Winkler, Adt is a Daimler veteran and has held leading positions since 1999. Her challenge will be to reverse the trend of falling sales during the time of transition. For Winkler, the decision to let go of the reins at Smart had been an amicable one with Winkler saying “one of the key responsibilities of every executive is to pass on leading positions to the next generation at the right time”.

In Europe, Daimler will flick the switch to run smart fully electrically in 2020 (we reported). Moreover their Hambach facility is already preparing to become a hub of electric car production within the wider Daimler EQ network and the factory has been producing the electric Smart Fortwo for some time now (we reported).