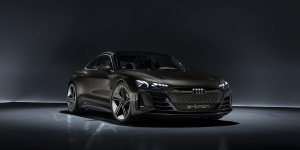 In an article from Bloomberg, the private talks were revealed by insiders as already being at an advanced stage, although there is no guarantee that an agreement will be reached between the Warren Buffet-backed Chinese BYD and the Volkswagen subsidiary, Audi.

Audi and BYD are also apparently examining possibilities for closer cooperation, including a development joint venture or Audi participation in BYD’s battery business, which the Chinese manufacturer intends to float on the stock exchange in 2022.

In the first quarter of this year, the Volkswagen Group announced that it would build 22 million e-vehicles on its e-platforms over the next ten years, some seven million more than originally planned. Around half of these are to be built in China. Here, the VW Group is relying on a multi-supplier strategy. Samsung SDI, LG Chem and CATL are among the chosen suppliers. The latter, for example, supplies the battery cells for the Audi Q2L e-Tron produced in China. Now BYD is apparently also coming into play.