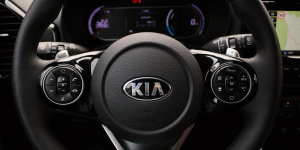 In a candid interview with AutoExpress Emilio Herrera, COO of Kia in Europe confirmed the company’s considerations. The mini electric car for urban areas – if it is realized – will be offered for rent globally via a subscription model. “The idea is to have a dedicated platform from Kia that we could possibly share with Hyundai,” Herrera said. The Kia manager did not name a timetable for a possible market launch of the small electric car. AutoExpress is expecting a corresponding production model in 2022.

The considerations Kia is putting into the issue were obviously driven by the Covid-19 pandemic. “People want to feel safe today,” Herrera said. “We saw that very clearly from a survey that was done after coronavirus in China, which showed people had moved from public transportation to private transportation.” In the meantime, 65 per cent of people in China would prefer to use their private car, up from 34 per cent before the crisis. “I think if people had a choice in London, they’d choose to drive their own car,” Herrera continues. “We are already studying a proposal on having very small micro vehicles for urban use – we see a real potential.” As a sign of how quickly things can change, for exactly these reasons, the government in the UK has now rapidly accelerated trials for electric kick-scooters, as well as giving more priority to bicycle and pedestrian infrastructure, as have other cities across Europe.

The electric mini car is supposed to be a class L6 or L7 vehicle. Herrera also confirmed that the Citroën Ami had been looked at closely. “It’s something we’re investigating at this point in time because we believe it could be an alternative to public transportation, providing we can deliver it at a very similar cost to public transportation,” said the Kia manager. “So that means a subscription model, or you can rent it for a week or month, so it needs to be pretty flexible like public transportation.”

Citroën introduced the Ami at the end of February. The small two-seater in a strongly stylised design is to be available at prices starting at 6,000 euros or a monthly leasing rate of 19.99 euros (four years, 10,000 kilometres per year) in France. Pricing models for other European markets have not yet been revealed.

Since Herrera spoke of a “dedicated platform” for the very small electric car, it does not seem likely to be the skateboard platform from Canoo. Kia’s mother-company Hyundai entered into a cooperation with the US startup at the beginning of the year. Among other things, Canoo technology is to be used to build autonomous electric vehicles for urban use at lower costs due to the simplified and standardized development process. With the autonomous functions, however, the price is unlikely to fall so far that a small car could be offered at double-digit leasing rates.

Besides the Ami from Citroën, an innovative model from Poland is already set for series production that could start as early as 2021. The Polish company Triggo has developed this electric light vehicle that can retract in width from 148 to 86 centimetres if necessary thanks to a variable chassis. Triggo is initially targeting the vehicle-sharing market with the 1+1-seater. The advantage of the Triggo micro-car is a battery-swapping system, which has proven very workable in the field of light electric mobility with Taiwanese company Gogoro.

Certainly, the problem of decreased public transport use in the times of a pandemic certainly not only raises the issue of cleaner and healthier air but also of traffic congestion and charging infrastructure. Space-saving vehicles that can power up without taxing the grid seem to be advantages in this regard.