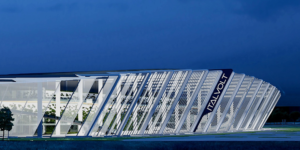 The newly founded company Italvolt wants to build the first ‘gigafactory’ for electric car battery cells in Italy. An initial capacity of 45 GWh is announced, which could later be expanded to 70 GWh. However, the planned start of production, among other points were not announced.

The similarity in the name hints at the person powering the venture: Behind Italvolt is Lars Carlstrom, who had previously founded the company Britishvolt, which is planning a battery cell factory in Blyth, England.

About four billion euros are to be invested in the now announced factory in Italy. Italvolt states that the factory is expected to employ 4,000 people and that the first phase of the project should be completed in 2024. However, the exact location of the factory has yet to be determined. The only thing that is certain is that the factory will be built in Italy. “For the realisation of such a challenging project in terms of size and technical effort, Lars Carlstrom has decided to focus on Italy,” the statement said.

There are no details yet on how the project will be financed or when production will start. All that is known is that Comau, a manufacturer of industrial robots belonging to the Stellantis Group, is to be a supplier for the factory. In view of the car factories in Italy, Stellantis would of course also be an obvious customer for the products. Moreover, there is no mention of which cell types Italvolt wants to produce.

The factory itself is to be designed by Pininfarina’s architecture department. However, there are no concrete announcements beyond that. It is only described as being an “intelligent and responsible industrial facility” that will reflect Pininfarina’s strong focus on environmental and social impact.

“I firmly believe that our team of highly skilled engineers and technicians can build the most environmentally friendly battery production facility – not only in Europe, but in the world,” founder Carlstrom is quoted as saying in the statement. “Our goal is to secure the future of the automotive industry and ensure that the supply chain is as environmentally friendly as possible from start to finish.”

A few days after the newly founded company Italvolt announced the first ‘gigafactory’ for electric car battery cells in Italy, the location has now also been determined: as Italvolt announces, it will be located in the north-western Italian region of Piedmont, specifically in the municipality of Scarmagno near Turin. Italvolt is taking over a former Olivetti site for its factory, which is now an abandoned industrial area of about one million square metres.

Olivetti is now part of the Telecom Italia Group, but was once one of the most important companies in the field of electronics and typewriters. Today, Olivetti produces printers, cash register systems and 3D printers, among other things. The factory in Scarmagno was built between 1962 and 1964. After several expansions and the crisis at Olivetti, production and use of the plant increasingly declined.

Italvolt cited the support of the Italian government and local authorities in this regard, but, as when it announced the plans, gave no details of funding. “We have not entered into any public funding of Italvolt,” said founder Lars Carlstrorm. “We are independent and transparent, and there will be a discussion about public funds at some point. The support of the Piedmont Region, local administrations and trade associations has been beyond our expectations, the intense and fruitful collaboration of the last eight months has been decisive.”

Carlstrom also cites the “intense and fruitful cooperation” of the past eight months. Clearly, the location issue was not as open as Italvolt had previously presented. The reasons Italvolt gives for the location are similar to those given by Olivetti in the 1960s: The good motorway access and rail links with Ivrea, Milan and Turin. “We explored sites in the south of Italy, but Ivrea works more efficiently for us to distribute to areas across Europe,” Carlstrom says. “There was a reason that Olivetti established the factory there, and it has all the electrical utilities and infrastructure it needs in the region.”

Italvolt has now signed the purchase contract for the land on which it plans to build its planned 45 GWh factory for EV battery cells. As mentioned above, the plot of land with an area of about 100 hectares is located in the municipality of Scarmagno in the north-western Italian region of Piedmont. 30 hectares are to be used for the construction of the plant and two hectares for the establishment of an R&D centre. The next step for Italvolt is to obtain building permits by early 2022 so that work can begin in the second half of 2022.

For the planned 45 GWh factory for electric car battery cells, Italvolt has now commissioned ABB with the project planning. In addition, joint research is to be conducted into how automation, electrification and digitalisation solutions can accelerate the production processes for battery manufacturing.

“Italvolt has the objective of gathering industrial excellences in each area of our business and we are glad to announce this partnership agreement with ABB, one of the foremost names in the global industry,” said Lars Carlstrom, CEO and founder of Italvolt. “ABB’s state of art technology will help us in ensuring the sustainability of our production plant as well as enable efficient, reliable, and cost-effective production.”