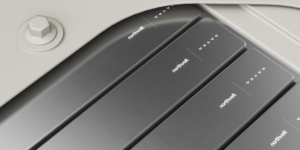 Volvo Car Group and Northvolt want to set up a joint venture to develop and produce more sustainable batteries tailored to power Volvo’s and Polestar’s next generation of pure electric cars. The plans include R&D and a large scale cell factory in Europe.

A research and development centre in Sweden will be the 50:50 joint venture’s first step, and Volvo and Northvolt expect to start operations in 2022. The companies intend to build on each other’s battery expertise there and aim to develop “next-generation, state-of-the-art battery cells and vehicle integration technologies, specifically developed for use in Volvo and Polestar cars.”

For Northvolt, the partnership with the Volvo Car Group follows similar cooperation with Volkswagen. The German Group recently increased its investment in the Swedish battery maker by half a billion euros. However, Volkswagen is re-set to go it alone with Northvolt acting as a supplier rather than a manufacturing partner initially intended with ‘Northvolt Zwei’. Volkswagen will now install the factory itself as part of a push for up to six battery cell plants delivering 40 GWh each.

For Volvo, however, the new JV with Northvolt includes plans to build a new joint battery cell factory together with up to 50 GWh capacity a year starting in 2026. The companies have yet to disclose a location other than Europe for the plant, which is set to employ about 3,000 people and run on 100% green energy.

The first car with battery cells from the new joint venture will be the electric successor to the Volvo XC60. Volvo Cars also plans to source 15 GWh of battery cells per year from Northvolt Ett’s factory in Skellefteå, Sweden, from 2024.

The Geely-owned group thus joins not only Volkswagen but other manufacturers such as BMW, Scania or Fluence in expecting cell supply from Northvolt’s first factory. When announcing the fresh financing earlier this month, the young company also announced a production capacity increase from 40 to 60 GWh in Skellefteå, starting in 2023.

The expansion is necessary given that the VW Group alone holds an order worth 40 GWh. BMW is also expecting Northvolt to supply cells manufactured in Skellefteå worth two billion euros starting in 2024, one year after Volkswagen.

Add to this Volvo’s 15 GWh announced today and it leaves us wondering whether there will be more extensions. Volvo Cars aims to sell 50 per cent pure electric cars by the middle of this decade, and by 2030 it aims to sell only fully electric cars. In 2020, the Group sold close to 700,000 vehicles.

In earlier communications, Northvolt said it had raised more than 6.5 billion dollars (5.3Bn euros) and remains on an expansion course leading up to and beyond 150 GWh of annual battery cell production capacity on the continent by 2030.

“Collaborating with Northvolt is an important step for our industrial network as we move towards all-out electrification by 2030,” said Javier Varela, head of industrial operations and quality at Volvo Cars. He added, the partnership would ensure “an efficient and cost-effective supply chain of high-quality and sustainable batteries in Europe.”

Apart from making new battery cells, Northvolt aims to establish recycling capabilities that will enable 50 per cent of all its raw material requirements to be sourced from recycled batteries by 2030. Immediate plans include the Revolt recycling programme announced in December 2019. Northvolt wants to build the first recycling plant next to the actual Ett battery cell factory in Skellefteå with an initial capacity of four giga-watt-hours.

Volvo Cars itself has made recyling a strategic part of reducing CO2 emissions and expenses. This involves recycling the high-voltage batteries from plug-in hybrids, and electric cars, mostly through hydrometallurgical processes, a process Volkswagen’s recycling pilot also relies on.

Volvo Cars will reveal more details on its future technology roadmap at the ‘Volvo Cars Tech Moment’ on 30 June.

The partnership and joint venture with Northvolt is subject to final negotiation and agreements, including board approval.

Volvo Cars and Northvolt have signed a binding agreement to establish their announced battery joint venture. Initially, the joint venture will build a research and development centre in Gothenburg, which is scheduled to start operations in 2022. A “few hundred jobs” are to be created there.

The location of the planned joint production facility for battery cells is to be determined in early 2022. The cells will be used in Volvo and Polestar’s “next generation” BEVs, Volvo says. Potentially, the battery factory will be designed for a capacity of 50 GWh. Both companies say they are in the final stages of the selection process.

The R&D centre will develop customised batteries for the respective vehicles “that give Volvo drivers what they want, such as range and fast charging times”. More concrete development goals are not mentioned. However, Volvo stresses the importance of in-house battery development and production: “This deep vertical integration is important since the battery represents the largest individual cost component in an electric car, as well as a major part of the carbon footprint.”