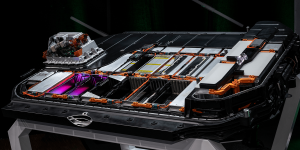 Audi is setting up a centre of excellence for the development of batteries for future electric cars at its Neckarsulm plant. A battery technical centre is to go into operation by 2023 at the latest, where prototypes for new batteries will be researched and tested.

The news was first broken by German publication Heilbronner Stimme reporting on the battery technical centre. Audi board member for development Oliver Hoffmann shared the news in an interview: “Neckarsulm is an important development location within the group and is also very important to me personally,” Hoffmann told the newspaper. “With this decision, we are driving forward the expansion of strategically important competencies for electromobility in Neckarsulm.” Audi has since officially confirmed the project.

The online report goes on to say that even before the battery technical centre, a multifunctional building is to be built by the end of 2022, among other things, which will house workshops, test benches and offices. Neckarsulm, where the A4/A5, A6/A7 and A8 series are built, has also been home to the development of PHEV batteries since 2020.

Parallel to Neckarsulm, batteries are also being developed at the Ingolstadt headquarters, but here for purely electric cars. In the future, Neckarsulm is to take over the personnel responsibility here. This means that the Audi plant near Heilbronn would not only develop battery packs from finished cells, but also the important cell technology itself. However, neither the report nor the Audi announcement mention a time frame for the change of responsibility.

One possible reason: Audi first wants to build up the appropriately qualified personnel. “Many things will run in parallel over the next few years,” Hoffmann said in an interview. “We are increasing the degree of electrification, and at the same time we are continuing to develop our successful diesel and petrol engines towards greater efficiency and performance.” Around 1,650 employees work in Technical Development in Neckarsulm, of which about 400 work on combustion engines.

“The decision to locate battery development in Neckarsulm is an important first step toward giving the Technical Development staff at that location a secure outlook on the future even after combustion engines have been discontinued,” says Rolf Klotz, Chairman of the Works Council. Audi wants to introduce the last new combustion engine in 2026.

The report does not say how much Audi is investing in the battery competence centre. The report mentions investments of about 500 to 600 million euros at the site – but 100 to 150 million euros of this are to be earmarked for a new paint shop alone. According to the “Heilbronner Stimme”, this is the largest single investment in the package. The battery technology centre would probably cost less than 100 million euros.

Only at the beginning of the month, Audi announced that it would prepare the Neckarsulm plant for the production of electric cars. However, this does not involve electric-exclusive assembly lines, but mixed production. Even then, the new paint shop was announced, but without naming any amounts.