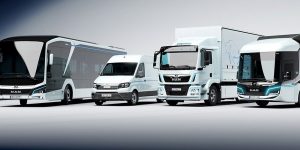 The first governments participating have made the voluntary commitment as part of the Climate Group’s newly launched ZEV Pledge initiative. The Climate Group is best known for its EV100 initiative, in which large companies commit to completely electrifying their fleets by 2030. Currently, 120 multinational companies are participating.

With the new ZEV Pledge initiative, an alliance has been set up for government agencies willing to make the switch. Here, governments at all levels, as well as individual departments, agencies and public sector bodies, pledge to convert their entire owned or leased fleets, where feasible, to zero-emission vehicles as soon a possible and by set target dates at the latest.

Sandra Roling, Head of Transport at the Climate Group says it is important to build on the momentum for clean road transport after COP26. “More than half a billion vehicles on the road are owned or operated by governments, public sector organisations and businesses. There is huge potential to use this collective purchasing power to drive the auto market towards a cleaner future,” she explains.

The Climate Group says that vehicles owned or operated by a company, government agency or other organisation accounted for a quarter (24 per cent) of vehicles on the road globally, but contributed to more than half (56 per cent) of road transport emissions. The ZEV Pledge initiative is designed to flank the COP26 agreement for which over 30 countries, 11 carmakers and other partners issued a joint declaration to move away from the internal combustion engine.