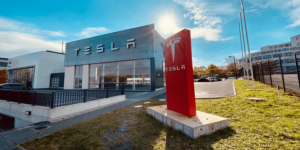 Tesla delivered a total of 936,172 electric cars last year – a growth of 87 per cent compared to 2020. 308,600 vehicles were delivered in the fourth quarter – more than ever before in a single quarter.

Last year, Tesla delivered 499,550 vehicles and built 509,737 units. With the 936,172 vehicles now delivered, Tesla has thus achieved growth of 87 per cent – during a global semiconductor crisis that has paralysed the car industry for months.

Unsurprisingly, the lion’s share of production and deliveries was accounted for by the smaller Model 3 and Model Y series. Tesla built a total of 906,032 units of both models – with 2020 already built, a total of 911,208 vehicles of the two smaller series were delivered. For the Model S and Model X, Tesla states 24,390 vehicles and 24,964 vehicles were built, respectively. These are likely to be primarily the Model S Plaid.

Production of the two large model series was paused for a long time due to the refresh, and deliveries also started later in the year than initially assumed – the Model S has been delivered again since June, the Model X since mid-October. Consequently, the fourth quarter saw a large share of the year’s volume, with 13,109 Model S/X built and 11,750 delivered. This means that production in Fremont has almost returned to the level before the production pause.

Tesla did not provide forecasts for the year 2022 in its usual brief investor release on production and delivery figures. With the opening of the Gigafactories in Texas and Grünheide on the horizon, at least production capacity will increase significantly, especially for the Model Y.

Tesla will publish the economic results of the fourth quarter and the full year 2021 in a few weeks. In the subsequent call, there are usually some statements and assessments of the past and current year.