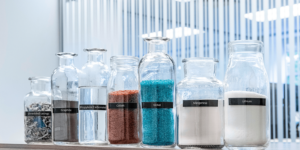 Mercedes-Benz has presented its global strategy for recycling electric vehicle battery systems. This initially includes the construction of the company’s own pilot battery recycling factory in Kuppenheim, Germany, and plants in China and the USA.

The recycling factory in Kuppenheim, Baden, Germany, had already been confirmed by the Group – then still known as Daimler AG – in November 2021, when the planned start of production was stated as 2023. More details about the plant have now been revealed.

The plant is to use and test a hydrometallurgical process that corresponds to a recycling rate of 96 per cent. Mercedes subsidiary Licular, founded last year to build the Kuppenheim recycling plant, will cooperate with Primobius as a technology partner. Primobius, for its part, is a joint venture of the German mechanical engineering company SMS Group and the Australian project developer Neometals and, according to Mercedes, will contribute “the necessary technological know-how, including appropriate preliminary investigations, to the project.”

However, Mercedes says it is going one step further in Kuppenheim. In the future, the pilot plant will map the entire process chain of battery recycling: from the development of logistics concepts to the sustainable recycling of valuable raw materials to the reintegration of recyclate into the production of new batteries. Only the mechanical reprocessing of spent batteries takes place in Salzgitter, while the “black mass” is processed hydrometallurgically by partners. According to Mercedes, the direct integration of hydrometallurgy into the overall concept of a recycling plant is a first in Europe.

There are also new details about the process: By 2023, a plant for mechanical dismantling will be built – as in Salzgitter. In a second step – subject to promising talks with the public sector – the facilities for hydrometallurgical processing of the battery materials are to go into operation. Mercedes does not give a yearly figure here. However, the capacity is already apparent: The pilot plant is expected to have an annual capacity of 2,500 tons, which should be enough to produce more than 50,000 battery modules (not installable battery packs, mind you).

Mercedes plans to invest an unspecified double-digit million amount in research and development and the construction of the pilot factory. The project has been promised funding under the Battery Innovation Support Program of the German Federal Ministry of Economics and Climate Protection.

In analogy to the process tested in Kuppenheim, Mercedes says it plans to work with other partners in China and the US to present a closed-loop recycling system for battery recycling. In addition to CO2-neutral production and the switch to an all-electric vehicle portfolio, a closed-loop recycling system to reduce resource consumption is also crucial for sustainability, Mercedes says.

“Mercedes-Benz is pursuing a clear goal to conserve resources: a maximum circular economy for all raw materials used,” says Jörg Burzer, Member of the Board of Management of Mercedes-Benz Group AG, Production and Supply Chain Management. “Sustainable battery recycling is a key factor in this – worldwide. With our new recycling plant at the Kuppenheim location, we are increasing the recycling rate to more than 96 per cent while expanding our own expertise in the area of battery value creation.” Burzer also addresses the “high-tech partners in China and the U.S.,” but does not name names.

“We are proud to be one of the first to realise a resource-efficient recycling technology in the heart of Europe,” says Horst Krenn, managing director of Primobius GmbH. “The joint project with Mercedes-Benz shows that our two-stage recycling process, and particularly the high recovery rates with hydrometallurgy, already meets the industry’s needs today.”