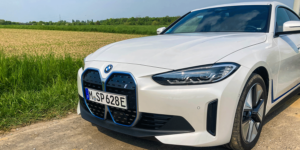 The BMW Group sold a total of 75,891 fully electric vehicles of the BMW and Mini brands worldwide in the first half of 2022. This means that the Group more than doubled BEV sales compared to the same period last year (+110.3 per cent).

The Mini brand sold a total of 18,430 all-electric Cooper SEs (+37.0 per cent) from January to June 2022. The group does not provide sales figures for BMW’s individual electric vehicle models, but points to an order backlog for the i4 of over 34,000 units in Europe.

The company also wants to more than double sales of fully electric vehicles by the end of the year compared to the previous year. After the first half of the year, it is “fully on track to achieve this goal”, the BMW Group writes in a statement. By the end of 2025, the BMW Group aims to have put more than two million fully electric vehicles on the road.

The current models are not to be the only ones on the road. The range will be further expanded at a rapid pace. For example, the new BMW X1 will be available with a purely electric drive for the first time from October. The BMW i3 (in China) and BMW i7 models will also be added to the existing models this year. Next year, the BMW i5, the all-electric Mini Countryman and the all-battery electric Rolls-Royce Spectre will follow, among others.

The Mini brand plans to have an exclusive all-electric range available from the early 2030s. Rolls-Royce will also become an all-electric brand from 2030. In addition, all future new BMW Motorrad models in the urban mobility segment are to be fully electric.

Cumulative sales of BMW and Mini in Europe in the first half of the year were reported to be 433,989 units (-13.9 per cent) – across all powertrain types. In Germany, 124,350 BMW and Mini brand vehicles were registered between January and June. With an increase of 30.8 per cent (15,064 units), the focus in the German market was also on the ramp-up of electric mobility.

Mercedes launches sales of the EQE with a smaller battery