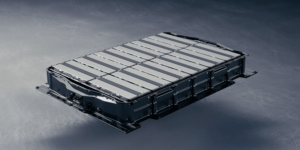 The US Department of Energy has announced that it will provide a $2.5 billion loan to the battery joint venture between General Motors and LG Energy Solution. Ultium Cells will use the money to finance the construction of new battery cell production facilities.

Ultium Cells is currently building three battery factories. The first plant is located in Lordstown in the US state of Ohio, the second is being built next to the GM vehicle plant in Spring Hill, Tennessee. In January 2022, a third battery cell plant was announced in Michigan, to be built in Lansing, where GM also operates two vehicle plants.

According to Reuters, the loan is still a “conditional commitment” that is expected to be completed in the coming months. Interesting detail: the money comes from the Advanced Technology Vehicles Manufacturing (ATVM) loan programme, which has not funded a new programme since 2010. The last AVTM borrower at the time was Tesla – but the then still very small start-up had repaid the loan early in 2013. Ford and Nissan had also previously benefited from the favourable loan conditions from the programme.

If the final commitment and loan disbursement is made, it would be the first loan from the US Department of Energy to exclusively fund a project to manufacture battery cells for electric cars.

In the report on the loan, Reuters also provides an update on the status at the three cell factories: In Lordstown, cell production is expected to start as early as August, an Ultium Cells spokesperson told the news agency. In Tennessee, production is scheduled to start at the end of 2023, and in Michigan in 2024.

Shah further stated in the Reuters interview that his division had received loan applications of more than $18 billion from the auto programme and expected another five billion dollars worth of applications. “I do think there will more loans issued,” Shah said – but he declined to name names or give an exact timetable for further loan decisions.