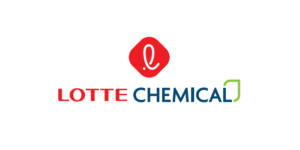 The South Korean chemical company Lotte Chemical, together with Lotte Aluminium, is building a factory in the US state of Kentucky for the production of cathode foils for use in batteries for electric vehicles. The factory in Hardin County is scheduled to go into operation in 2025 and produce 36,000 tonnes of cathode foils.

The plant will reportedly create 122 jobs. In total, the joint venture of the two Lotte Group entities will invest $238.7 million in the plant, according to Kentucky Governor Andy Beshear’s office.

The governor’s announcement only mentions in passing the actual background to the siting of the Lotte plant: Ford and SK On had announced the construction of a 600-hectare battery production complex called BlueOvalSK Battery Park last September. The $5.8 billion project envisions two side-by-side factories, each with an output of up to 43 gigawatt-hours per year, starting production in 2025.

The BlueOvalSK Battery Park is also to be built in Hardin County, specifically on land in the Glendale community. Lotte’s factory is planned a few miles further north in Elizabethtown.

“We will do our best to develop and support technology so that we can stably produce high-quality and high-efficiency cathode foils to respond to customers one step at a time,” said Kim Gyo Hyun, president and CEO of Lotte Chemical. At the end of April 2022, Lotte Chemical and the battery start-up Soelect, which is backed by General Motors among others, had announced their intention to build a factory for battery materials for use in electric vehicles in the USA by 2025. The now announced site in Kentucky is a separate project.

Kentucky has developed into an important eMobility location – also due to its favourable location between the car plants in the north in Michigan and Ohio and in the south in Tennessee, Alabama or North Carolina. Toyota plans to manufacture fuel cells for H2 trucks there, Ascend Elements wants to produce battery materials there and Envision AESC announced in April that it will build its US battery factory in Bowling Green in Warren County. Kentucky is also still in the running for CATL’s major US site, along with South Carolina.

Tesla to buy billions worth of nickel in Indonesia