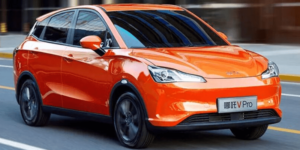 China’s NEV sales data shows a total of 632,000 cars sold in in August, more than in any previous month. Battery-electric vehicles continue to account for the vast majority of NEV sales in China, with 490,000 new BEVs in August compared to 142,000 PHEVs.

For the first time, the statistics curve for monthly sales of new-energy passenger vehicles (BEVs, PHEVs and FCEVs) rises above the 600,000 mark in China. This is particularly noteworthy because August tends to be a weak sales month for the automobile industry in China, and it has only ever gone above the 500,000 threshold three times before (in December 2021 and June and July 2022).

Compared to July 2022, 632,000 electric cars sold represent an increase of around twelve per cent, and compared to the same month last year, sales of NEV passenger cars more than doubled (+108%). To compare, August 2021 was considered a record at the time, with 304,000 NEV vehicles sold. In the current 2022, wholesale sales of New Energy Vehicles in China now total 3.662 million units, up 119% year-on-year.

Battery-powered electric vehicles continued to account for the largest share of NEV sales in August. The 490,000 units sold represent about three-quarters (77.5 per cent) of all NEV sales. Plug-in hybrids accounted for 142,000 units last month, while fuel cell vehicles continue to trade in very low volumes. NEVs as a whole continued to increase their share of the total market in China in August: wholesale sales totalled 2.097 million passenger car units, meaning NEVs accounted for 30.1 per cent of sales last month.

The China Passenger Car Association (CPCA) stressed that this is the first time the figure has climbed above the 30 per cent mark. It attributes the rising NEV sales to incentives from China’s local governments and continued production increases by major OEMs in China.

Tesla sold 76,965 electric cars manufactured in China in August. This is the second highest figure after June 2022 (78,906). 42,463 of those Tesla electric cars were exported, the most since Tesla began production at its Shanghai plant.

Among Chinese BEV startups, however, Neta was once again ahead in August. The company managed to sell 16,017 battery-electric cars. For Leapmotor, July was the next record month with 12,525 BEVs. Behind it, Nio remains in five figures for the third consecutive month with 10,677 sales, while Xpeng’s sales slipped a bit with 9,578 BEVs.

Meanwhile, Geely’s Zeekr brand is posting fast-rising sales: In August, 7,166 units of its 001 electric sedan already went on sale. In July 2022, the company surpassed the 5,000 sales mark for the first time. As a reminder, Zeekr has not even been on the market for a full year; the first vehicles were delivered in October 2021, with just 199 units at the time.

Finally, it’s worth mentioning Voyah, Dongfeng Motor’s premium electric vehicle brand. It sold 2,429 vehicles in August. That’s 495 per cent more than a year ago (408 units) and 35 per cent more than in July (1,793 units). Voyah has only recently launched two BEV models in the Chinese market: the Voyah Free SUV in June 2021 and the Dreamer in May 2022.