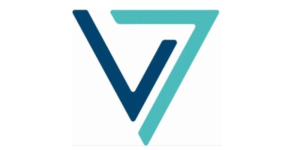 Vulcan Energy Resources announces that it has already applied for a first lithium exploration licence covering 155 square kilometres in the Les Cigognes exploration area east of Haguenau, a town of 35,000 inhabitants in Alsace.

As the company has now announced, a thermal water sample of 10,000 litres was already taken on French territory in the first quarter of 2021. The sample is said to have shown a lithium saturation of 214 mg/l and only very low impurities. “The sample returned a high grade of 214 mg/L Li and low impurities. Historical data and sampling coming from existing geothermal operations in the region indicate brine composition in Alsace is materially the same as the brine composition across the border at Vulcan’s operations in Germany, meaning
Vulcan’s sustainable lithium production process is applicable across the whole field,” the company wrote.

Similar to the German market, the company is pursuing the goal of using combined geothermal and lithium projects not only to obtain battery material for the automotive industry, but also to support regional industries and municipalities in decarbonising their heat supply. Therefore, according to Vulcan Energy, talks are underway “with local companies and municipal decision-makers in Alsace”.

Only a few weeks ago, the French mining company Imerys announced a new domestic project. Specifically, it concerns a mine at the Beauvoir site in the French Massif Central, where around 34,000 tonnes of lithium could be mined annually from 2028. The so-called Emili project would join Rio Tinto’s ‘Jadar’ project in Serbia as the second largest EU lithium mining project, behind Vulcan’s Upper Rhine Graben production, a report said in mid-October.

Vulcan, meanwhile, already maintains good links with the French market. For one thing, Renault and Peugeot-Citroen (with parent company Stellantis as Vulcan’s customer and shareholder) are already direct lithium customers of the company. On the other hand, the French bank BNP Paribas is one of Vulcan’s investors through its BNPP Energy Transition Fund.

In the current year, the German-Australian lithium producer has already secured several new licences for sections of the Upper Rhine Graben. At the beginning of the year, the company expanded its exploration area to a good 1,000 square kilometres in the German states of Baden-Württemberg, Rhineland-Palatinate and Hesse. Another licence acquired added another 277 square kilometres in the summer.

Two new battery projects are taking off in Teesside, UK